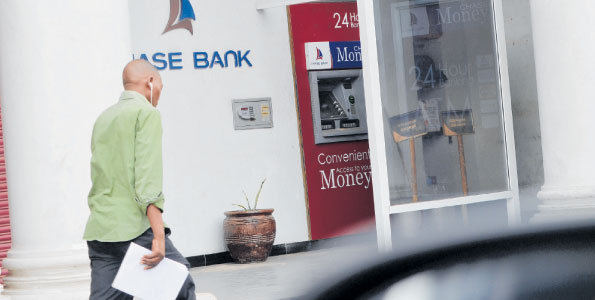 It is good news for Chase Bank’s depositors after the Central Bank and KCB agreed on a framework to re-open it.

Basically, one of KCB’s major roles will be to quantify the full extent of Chase Bank’s going-on concern as a business.

I must say that CBK has been under pressure to re-open Chase Bank but as I pointed out in a series of tweets, at this point, and as evidenced by the tone of CBK’s press release, KCB hasn’t purchased Chase Bank’s assets yet.

And to help you imbibe this narrative, I want to draw from two of the tweets I posted on Wednesday.

First, I’m very confident that even KDIC itself has not fully ascertained the extent of Chase Bank’s financial assets and liabilities, both domestic and foreign.

This usually forms the basis of a price to be paid by any potential buyer. Unfortunately there’s still no full basis for pricing Chase Bank’s assets.

Second, the plan is to have KCB conduct concurrent due diligence with a view to pricing any eventual acquisition of a controlling stake in the bank. At this point, it is important to note that KCB still reserves the right of refusal to exercise any buy-out clause.

However, I want to caution KCB investors that they need to exercise a very careful consideration to this potential transaction.

Chase Bank, as I know it, was an SME-focused bank to the extent that its SME lending book, as a percentage of total loan book, was nearly half. It had also built a strong value-proposition around this segment—from its people, systems to processes.

Although it had a bit of local corporates, that didn’t seem to be the focus. Generally SMEs, whether small, mid-sized or the top-tier, are a very demanding lot.

Most of the time they want immediacy, maximum convenience and financing that are structured around their chaotic cash flow cycles.

In fact, it’s in the SME segment that I see a lot of relationship lending—basically advancing money on the basis that I have known you for a certain number of years (which is a practice often backed by strong monitoring and remedial).

Although KCB has built fantastic distribution platforms, it, in my view, is yet to set up a compelling value proposition for the SME segment. And this is partly evidenced in its numbers.

Additionally, KCB is yet to christen SME as a business unit and all SME reporting still falls under its retail banking.

If it does eventually acquire Chase Bank, it will have no choice but to build a strong value proposition to the rigour of Chase Bank, otherwise it risks losing the acquired clients.

And the value proposition I’m talking about here is neither about balance sheet nor pricing. Building a compelling proposition could be a very expensive exercise for KCB.

KCB will be acquiring zero-deposit franchise—which is the basis of a banking licence. The asset book it will potentially be acquiring will need to be funded immediately. This will put immense pressure on its liability generation structures.

Finally, KCB will need to strengthen its balance sheet on boarding Chase Bank’s risk-weighted assets, both for regulatory and business purposes. As it stands, KCB’s capital adequacy ratios are already looking stretched.

The quantum of the outstanding insider loans in question (if not reclassified) has fully netted off Chase Bank’s capital. KCB shareholders will have to provide funding for any potential capital gap.

In signing off, it is therefore my considered view that KCB shareholders must perform a cost-benefit analysis between building SME business—which is the primary goal of eyeing Chase Bank’s assets—through brownfield or greenfield model in the event that this deal comes up for their approval.

Mr Bodo is an investment analyst.

Chase Bank Moi Avenue branch in Mombasa. PHOTO | KEVIN ODIT KCB owners face tough choices on Chase Bank deal Lender will have to refocus interest to accommodate SME loan demands It is good news for Chase Bank’s depositors after the Central Bank and KCB agreed on a framework to re-open it. Part of the