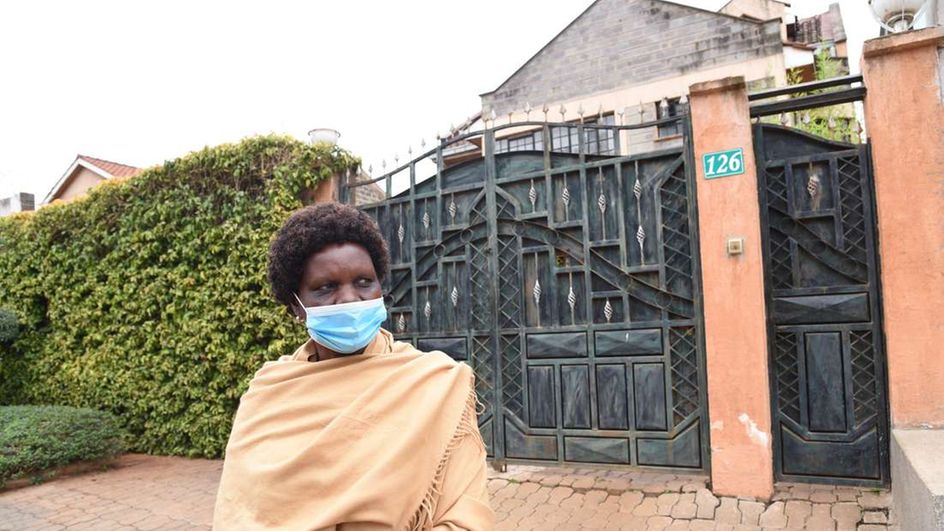 Evelyne Wanjiku during an interview at her home in Sunvalley Estate Phase 2 in Lang’ata, Nairobi where it is alleged that public land was illegally hived off Ngong Forest reserve. PHOTO | FILE | NATION MEDIA GROUP

A number of residents from Lang’ata have obtained orders barring Environment CS Keriako Tobiko from demolishing their homes on claims that they were erected on grabbed Ngong Forest land.

In a petition certified urgent by Justice Benard Eboso of the Environment and Land Court, the residents said they obtained the title deeds lawfully and plans by the CS and Kenya Forest Service (KFS) to demolish their homes were illegal.

Mr Kagwanja Thuo, one of the residents, said in court documents that he bought the parcel from Bahati MP Kimani Ngunjiri in 2006 and has since erected his home.

He said claims by the CS that the titles were illegally obtained are baseless and the court should intervene and stop the fraudulent plans.

Another resident under the name of Lang’ata Gardens Ltd, said he has put up a multi-storey building worth Sh240 million in a plot in Lang’ata Phase 3 and it would be illegal to bring it down, yet the title is lawful.

He said he is an innocent purchaser and plans by the CS to bring down the homes amount to impunity.

Justice Eboso extended the orders barring the CS and KFS from demolishing the homes, pending the hearing of the case on July 28.

Last month, the CS said more than 800 homes will be brought down as the government seeks to recover and reclaim the land, which was illegally hived off Ngong Forest.

Royal Park, Sunvalley I and II, Lang’ata Gardens, Langa’ta View Gardens, Forest Edge, Kenya Medical Association Estate and St Mary’s Hospital, as well as others in Racecourse where land was annexed for foreign commercial developments are among the targeted properties.

Evelyne Wanjiku during an interview at her home in Sunvalley Estate Phase 2 in Lang’ata, Nairobi where it is alleged that public land was illegally hived off Ngong Forest reserve. PHOTO | FILE | NATION MEDIA GROUP Judge halts eviction of homeowners in Ngong forest row A number of residents from Lang’ata have obtained orders