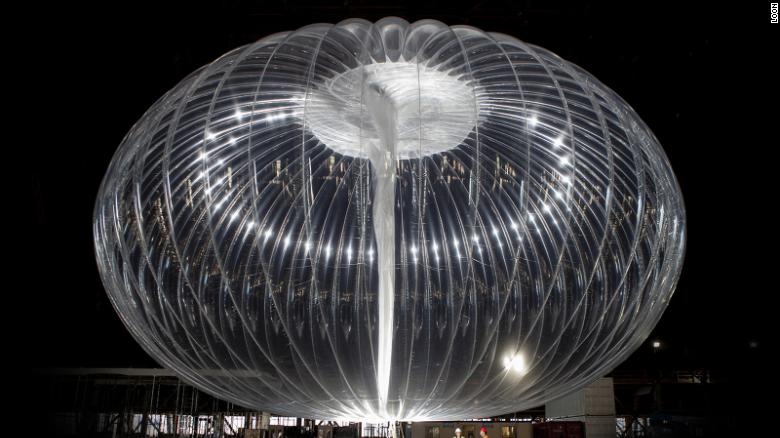 Google is now providing internet in some parts of Kenya through balloons like this one.Pic Photo Courtesy

It’s the first balloon-powered internet to launch in Africa, and the first non-emergency commercial deployment in the world, the two companies said.
According to a statement, the project will use a fleet of 35 or more balloons floating 20 kilometers above ground, in constant motion in the stratosphere, to provide 4G LTE service spanning 50,000 square kilometers across central and western Kenya.
The balloons are launched from locations in the United States and are being navigated to Kenya using wind currents. According to Project Loon, more balloons will be released as more experience in flying over Kenya is gained. READ MORE
Source: https://www.cnn.com/
Google launches balloon-powered internet service in Kenya Reviewed by samrack on July 10, 2020 .

Share thisFacebookTwitterPinterestEmailWhatsAppGoogle is now providing internet in some parts of Kenya through balloons like this one.Pic Photo Courtesy Google launches balloon-powered internet service in Kenya A fleet of balloons has begun providing internet service to remote areas of Kenya, Google’s Project Loon and Telkom Kenya announced. It’s the first balloon-powered internet to launch in Africa,