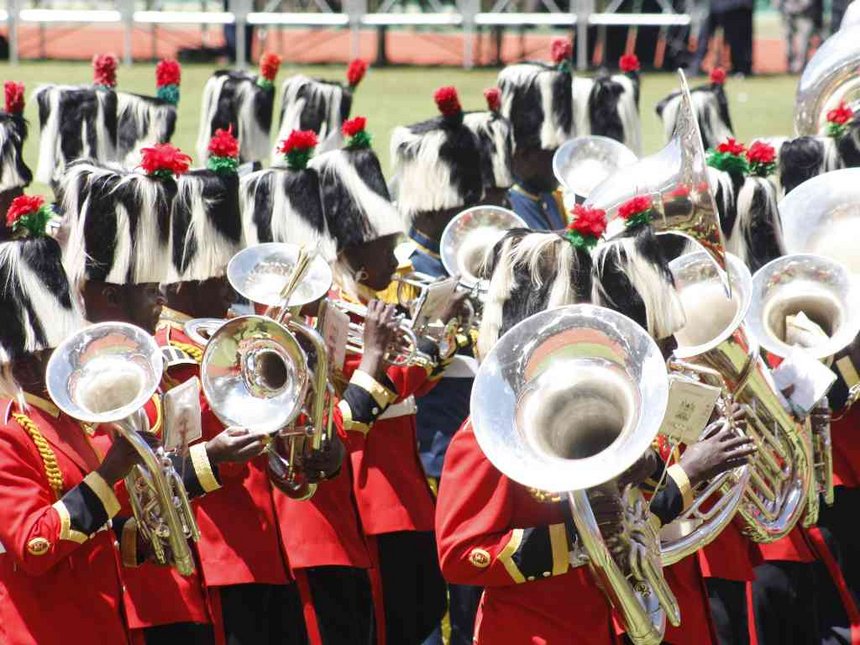 The Jubilee government on Sunday marked four years in office.

The Head of State, who was sworn into office on April 9 2013, marks the anniversary of his fourth year in power today.

Speaking when he briefed journalists at the Kisumu State Lodge today, Manoah said the Jubilee Administration has ensured that all laws relating to devolution have been enacted.

He said the government has more than doubled resources allocated to county governments.

“Constitution states counties are entitled to only 15 per cent of national revenue, President Uhuru’s administration has been allocating more than 34 percent to the counties”, he said.

“If you consider these facts, together with the fact that this administration has set up critical new institutions that manage inter-government relations. It is clear to us that the country is making progress,” he said.

He said the Jubilee Government has overseen the construction of the Standard Gauge Railway, the single largest infrastructure project Kenya has ever witnessed.

He said no county has been left behind in the Jubilee Administration’s policies of improving infrastructure, increasing of access to electricity and including other programs like free maternity.

He listed how the Jubilee Administration has increased the number of households with electricity in Homa Bay County from 11,071 to 47,212 in a span of four years.

“In Siaya County, the number of households that have been connected to the grid currently stands at 58,420 households, compared to 14,168 households in June 2013, representing an increase of 312%,” said Mr Manoah.

Esipisu also lauded President Uhuru for assenting to the 136 bills passed by the National Assembly in the four years.

“Virtually every substantial piece of legislation required for the establishment of the new constitution has been passed by the 11th Parliament, assented to by the President.”

Jubilee’s four years in office Reviewed by samrack on April 9, 2017 .