Who will succeed John Cardinal Njue? 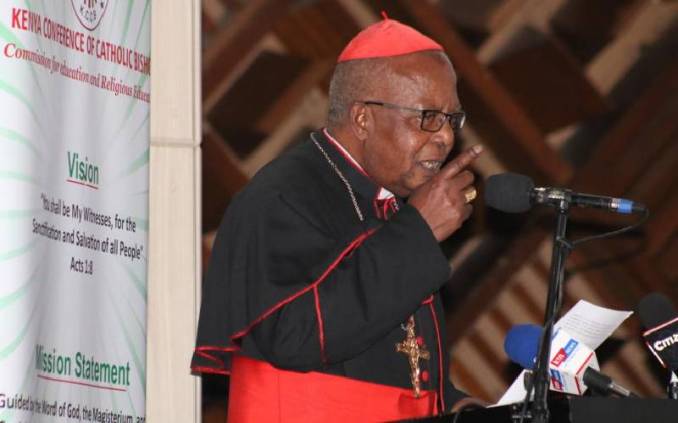 Who will succeed John Cardinal Njue?

The Catholic Church in Kenya is expected to experience a shift in leadership with the expected retirement and succession of Nairobi Archbishop John Cardinal Njue.

According to the Canon Law, archdiocesan/ diocesan Bishops, including Cardinals, are requested to submit their resignation to the Pope on reaching the age of 75 years.

Following in the footsteps of his predecessors, both retired Archbishops Zacchaeus Okoth of Kisumu and Peter Kairo of Nyeri, who both had to write to the Pope with requests for retirement to be approved, Cardinal Njue too is said to have sought retirement. He, however, remains a Cardinal until Pope Francis’ approval.

Canon law, which are the laws followed by the Catholic Church, state that Cardinals are eligible to vote for a new Pope until they turn 80 and can also take part in crucial decisions when called upon by the Pope.

Who will succeed the jovial John Cardinal Njue?

His office is coveted as the unofficial headquarters of the Catholic Church in Kenya. This is because Nairobi Archdiocese is located in the capital and also has the only Minor Bascillia in the country, which is one of the most important houses of worship in the hierarchy of Catholic Church buildings.

Cardinal Njue works alongside other Archbishops from Kisumu, Mombasa and Nyeri, but his diocese offers him a platform to address national political issues, which gives him a very high public profile.

The recognised head of the Catholic Church in Kenya is the Apostolic Nuncio to Kenya and South Sudan, currently Archbishop Hubertus Matheus Maria van Megan, who is appointed by the Vatican.

However, Cardinal Njue’s position is plum because of its perceived power and influence on the national stage.

Based on the history of succession in this position, one of Njue’s fellow archbishops is likely to take over his position.

But long before the Covid-19 pandemic, Muheria’s star was rising with his rise in ranks of the Catholic Church since becoming a priest in 1993. 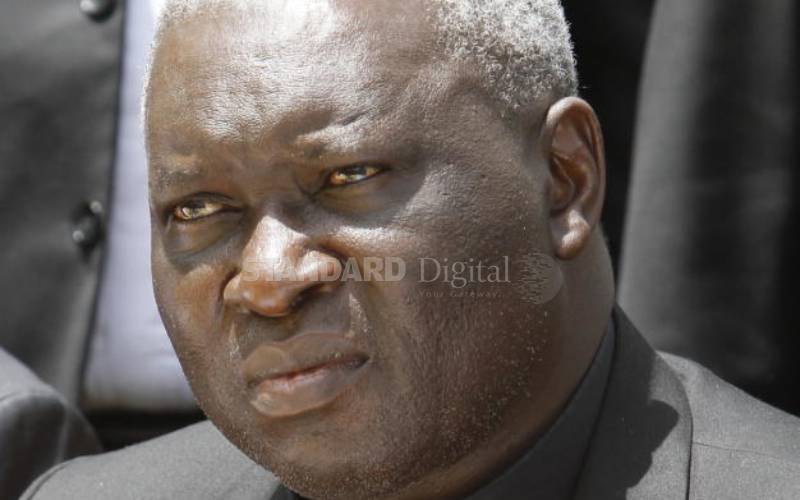 He succeeded John Cardinal Njue at Catholic Diocese of Embu in 2003 to 2008 when he was transferred to be the Bishop of Kitui and in 2017, he succeeded the retired Archbishop Emeritus Peter Kairu at Nyeri. As an archbishop, his national profile could work for or against him, according to Church insiders.

Archbishop Kivuva has more experience and is older than Muheria having been a bishop for 16 years.

Before he took over Archdiocese of Mombasa, Kivuva served as bishop of Machakos until 2015.

For Archbishop Anyolo, his service as the chairperson of the Kenya Conference of Catholic Bishops makes him influential and respected within the church.

As a bishop for 24 years, Anyolo,64,  has served as bishop of the dioceses of Kericho and Homa Bay before succeeding the Archbishop Emeritus of Kisumu Zacchaeus Okoth at the Kisumu Archdiocese.

However, they are not the only Bishops who could find themselves succeeding Cardinal Njue. Njue’s deputy, Bishop David Kamau Ng’ang’a, is the Auxiliary Bishop of Catholic Archdiocese of Nairobi.

Bishop Kamau, 65, has been a bishop for 20 years. He is the Titular Bishop of OEA (Libya).

He has a good experience of running affairs at the Holy Family Minor Basilica, which can work to his advantage.

However, according to canon law, being an auxiliary bishop does not automatically lead to succeeding the archbishop.

According to our source, the succession of the Nairobi Archdiocese is at the discretion of Pope Francis.

“Pope Francis’ decision could surprise us, or it might be an obvious choice, either way, the focus will be on who can grow the church and the best interest of the Archdiocese,” Church insiders who spoke to this writer noted.

Who will succeed John Cardinal Njue? Reviewed by samrack on January 4, 2021 .