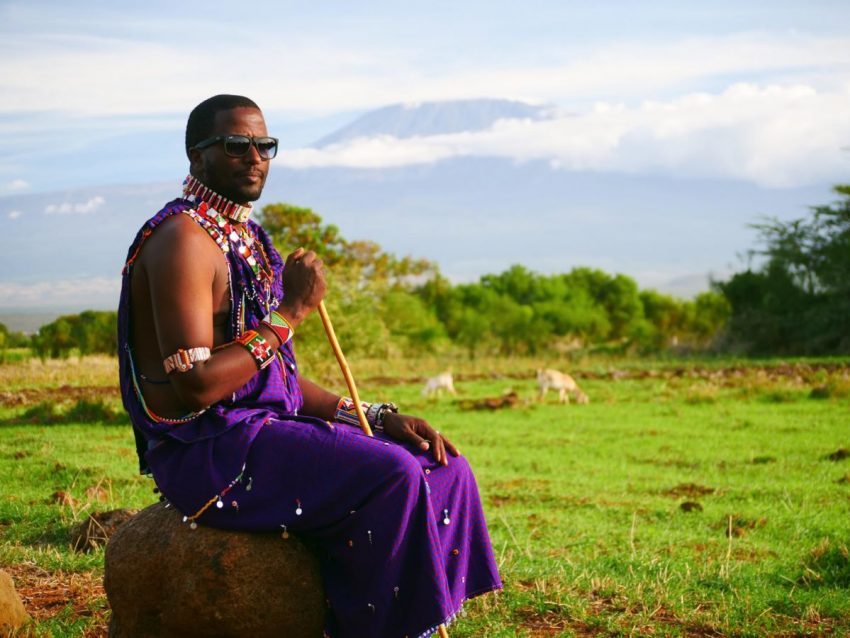 “I’m back to where I belong” are the words that introduce Jacob Mayiani in “Jacob’s Journey: A Maasai Warrior’s Journey Home.” The 30-minute documentary was just accepted into the African Film Festival in New York.

This film follows Mayiani, a research analyst at the Office of Institutional Research at JMU, as he reconnects with his Kenyan roots in a coming-of-age Olngesher ceremony that changes him from being a warrior in the Maasai tribe to an elder. It occurs every 30 years and involves hundreds of tribe members.

“I had the privilege to spend time with the Maasai tribe on my first visit to Kenya,” Blaze Nowara, co-director of the film, said. “I knew what I was getting into to a degree, but I didn’t realize how large the ceremony was going to be.”

This is the remarkable story of Jacob Mayiani, a Maasai man living in the US who returns to Kenya for the final ceremony completing his warriorhood —a ceremony that only happens once every 30 years. As filmmakers Blaze Nowara and Josh Morin explain, capturing the story was stepping into the unknown. The tribal elders would decide exactly when and where the ceremony would take place, decisions that could change at any time. ʼWe didn’t even know the day or location of the ceremony before we left. ʽ

Nowara met Mayiani on a JMU-facilitated study abroad trip to Kenya in 2005, where Mayiani served as a translator for the group. When Mayiani left Kenya to pursue a college education, he decided to attend JMU because he had connections with individuals from their trips to Kenya.

Nowara was a senior when Mayiani came to JMU as a freshman in the spring of 2007. They became friends and even played on the same soccer team. Currently, he works for Matador Network, an online travel publication.

Mayiani wanted to document his journey and knew Nowara was more than capable of doing so. Since they’ve been friends and shared the experience of being in Kenya together, the pairing made perfect sense.

In the film, Mayiani acknowledges that technology is changing the role of a warrior. Almost every warrior now owns a cell phone.

“They used to walk 100 kilometers to find water and bring their cows there,” Joshua Morin, co-director of the film, said. “But now due to cell phones, they can just call people. Things are changing quite a lot there.”

Mayiani’s mother was able to interact with his daughter through FaceTime in the film. While he travels back to Kenya every summer, this trip had greater significance and allowed him to reconnect with his Maasai roots through the ceremony.

“Both of my parents wanted to be involved in the cultural side of my life and made sure to keep me posted on the dates,” Mayiani said. “I wanted to go and see if I could document this part of the process. It’s important for my own children and the community, and I looked for ways to do that.”

Mayiani has observed how his relations with his tribe continue to influence his role at JMU. Even after he graduated from JMU in 2013 as a geographic science major, he kept his Maasai roots close to his daily life.

“Part of the reason I did this was because it’s very important for people to connect with their roots and not forget them,” Mayiani said. “I’m very privileged to be from a community that identifies strongly with their own tradition. So many people from around the world, even in this country, don’t really have roots or connect with their traditional practice.

Mayiani’s relationship with his Maasai roots has served him well at JMU. He’s a co-inventor of ERAMAT — a culturally anchored eco-game. It serves as a system-based learning tool to explore the dynamics contributing to the recurrent boom-bust cycles of drought and hunger among East African pastoralist communities, primarily the Maasai.

“Because of that camaraderie of growing up in a community, we are disciplined to work together as a team,” Mayiani said. “Being a part of an age group means you have to do certain things a certain way, and it’s not possible to do some things by yourself. I always valued working together as a team.”

It’s important to Mayiani that he could document this process, not just for the world, but for his children. Due to an error in communication between tribe members, Mayiani wasn’t able to complete the entire ceremony. He’ll be returning this summer to finish his initiation.

“The reason why people do something like genealogy is an effort to connect with where they come from,” Mayiani said. “It’s very important for me and why I wanted to be part of this ceremony is to relate it to my own children and pass it on.”