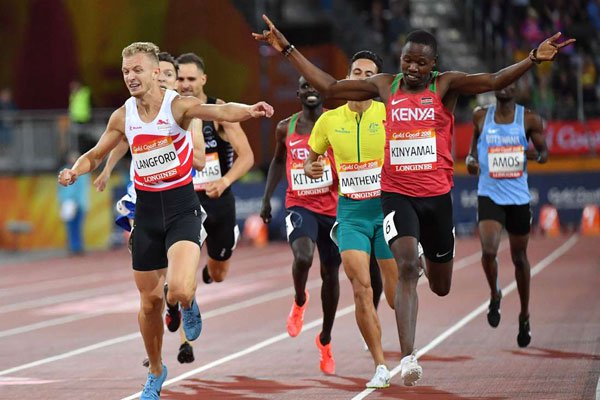 But the 20-year-old is primed to take over as the next two-lap great if his gold medal exploits at the Carrara Stadium on Thursday are anything to go by.

Not even defending champion Nigel Amos would have bet on the youngster dethroning him, no wonder the Botswana star broke down and wept in the media interview area after the race.

Interestingly, Kinyamal took up the 800m by “default” lured by a friend, Leshan Togom, away from the high jump, his high school speciality at athletics-rich Mogonga Secondary School in neighbouring Kisii County.

“I never competed on the track while in high school, not even in the 400 metres. High jump was my event,” he said after reclaiming the Commonwealth Games gold, clocking one minute, 45.11 seconds to finish ahead of Englishman Kyle Langford (1:45.16 personal best) and Aussie Luke Mathews (1:45.60).READ MORE