Revealed: Kenyan varsities where most students scramble for places 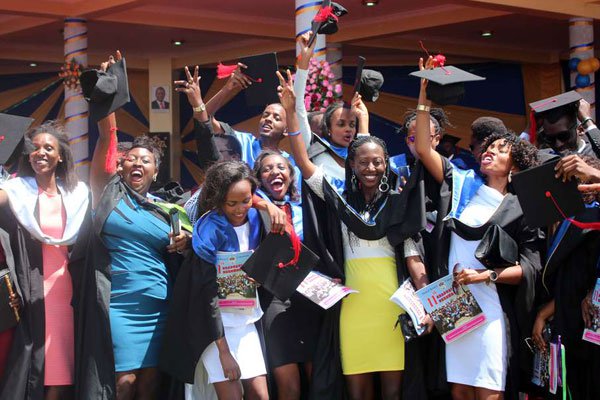 Revealed: Kenyan varsities where most students scramble for places

University of Nairobi, Moi, Jomo Kenyatta University of Agriculture and Technology and Kenyatta are among the most sought after by students across the country.

Statistics from the Kenya Universities and Colleges Central Placement Service (KUCCPS), released on Monday, indicate that the universities with a capacity of more than 5,000 admitted the highest number of students.

Most of them offer elite courses preferred by most students — engineering, pharmacy, law, computer science and architecture among others.

Among private universities, Riara is the most competitive, followed by Daystar and Mount Kenya (MKU).

More students were however admitted to MKU due to its links with international organisations and its large network across the country.

RANKINGS
Official statistics show that when choosing universities, students consider the institutions’ grounding on research, extracurricular facilities such as sports and drama, links with other international organisations and foreign universities, students’ freedom, hostels, accredited programmes by regulatory bodies (the Commission for University Education) and the marketability of courses on offer.

They also rely on global university rankings by webometrics, which takes into account parameters such as Web presence, visibility, transparency and excellence.

It ranks more than 12,000 universities worldwide.

Universities have been embracing ranking as they move to attract international students due to the shrinking population of local ones.

QUALITY LEARNING
The Commission for University Education (CUE), which regulates higher education in the country, has been on record asking universities to improve the quality of education in order to attract more students.

The data indicates that Dedan Kimathi University, a public institution, managed to fill 92.3 per cent of its capacity admitting 1,301 students for its 1,410 slots.

A total of 1,207 students joined Multimedia University against its capacity of 1,307, which also translates to 92.3 per cent.

All these universities have a rich and diversified academic programme capacity, ranging from 24 to 85 different courses.

STUDENT ADMISSIONS
In private universities, Riara University with a capacity of 100 students enrolled 101 while Daystar, with a 200 establishment, received 169.

MKU received the highest number of students in the private universities category at 2,247 against its capacity of 4,995 while Kabarak, which enrols 3,300, received 2,181 as the Catholic University of Eastern Africa, which holds 1,980 students, got 867.

A study on graduate employability commissioned by the British Council in four African countries in 2016 showed that most students favoured public universities because of their perceived reputation, long history of training and performance of past students in the job market.

JOBS
University of Nairobi, followed by Kenyatta and Moi, were among 10 universities where employers prefer to recruit, according to the study.

Employers also prefer students from business and social sciences compared to those from natural sciences.

Currently there are 99 registered Technical Vocational Education and Training (TVET) institutions with 117, 000 students.

APPLICANTS
Education Cabinet Secretary Amina Mohamed said she is working on a qualification system that will spell out a clear path for learners who don’t qualify for university education directly.

She added that already the Ministry has asked the placement board to develop a criteria for placing applicants with diploma qualifications into degree courses.

“This will actualise the alternative TVET pathway to university education.

“These efforts will contribute to the national goal of producing adequate skilled labour to spur industrial growth envisioned in Vision 2030 and the Big Four Agenda,” she added.

In this year’s selection, 553 students who qualified for degree courses opted for diploma courses and were placed in their programmes of choice.

A further, 5,747 students out of the 69,151 candidates who scored C+ and above have not secured placement.

Of these, 2,128 did not apply at all, while 3,619 applied but could not competitively secure placement.

“More than 600,000 students sat for the KCSE examination.

Revealed: Kenyan varsities where most students scramble for places Reviewed by samrack on April 12, 2018 .