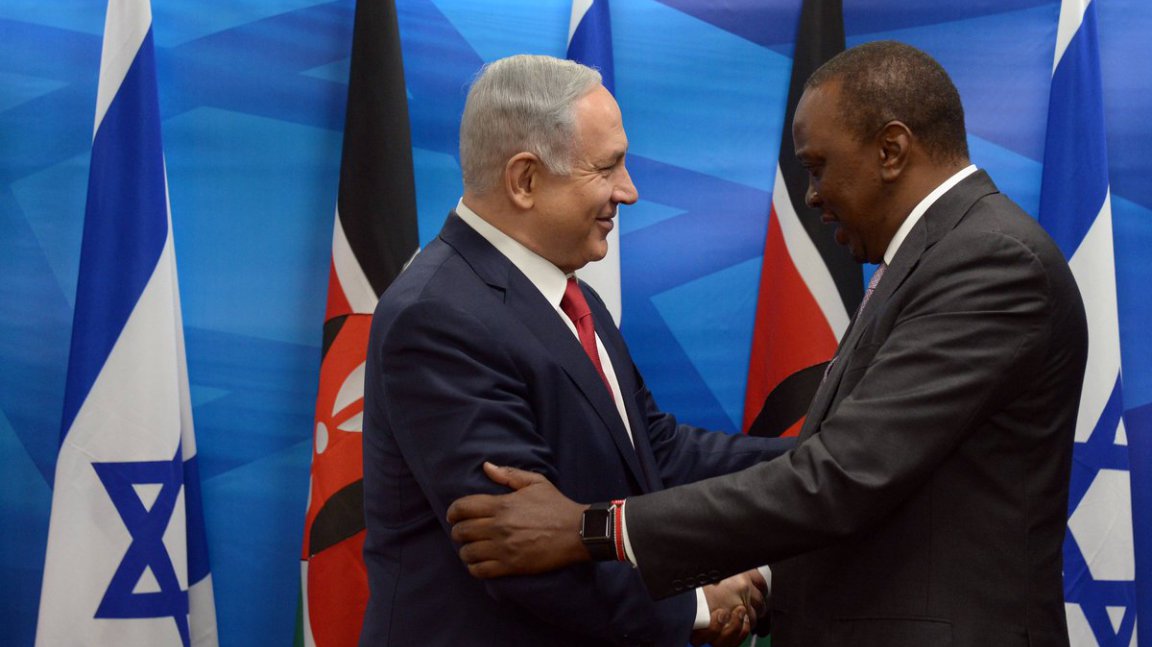 According to the Times of Israel publication, PM Benjamin Netanyahu will to fly to Nairobi next week to attend the inauguration of President Uhuru Kenyatta. Pic:Photo Courtesy

According to the Times of Israel publication, PM Benjamin Netanyahu will to fly to Nairobi next week to attend the inauguration of President Uhuru Kenyatta.

Netanyahu will fly in Tuesday morning and leave later the same day after attending the swearing in ceremony of Uhuru Kenyatta who won a controversial election last month.

The country’s opposition boycotted the rerun election, leading the incumbent to garner 98.25% of votes cast. Voter participation was at 38 percent.

The election’s first round, on August 8, was overturned by the Supreme Court after opposition leaders complained the results had been hacked.

Given doubts over the election’s legitimacy, the international community has so far largely held back its congratulations to Kenyatta.

Opposition groups that refuse to accept Kenyatta’s election victory are planning to hold an “alternative inauguration.”

Source; The Times of Israel