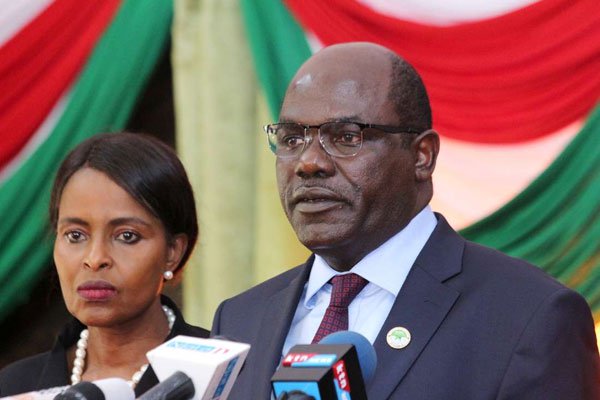 The electoral agency Monday morning appeared ready to declare President Uhuru Kenyatta as validly elected for a second term, without the 25 constituencies that failed to vote in the Thursday fresh presidential elections.

At the national tallying centre at the Bomas of Kenya, there was increased security presence with every body entering the premises subjected to intense security searches.

While security at the tallying centre has been top-notch since Thursday when Kenyans went to the polls for a fresh election after the Supreme annulled the August 8 election, Monday morning, there was increased presence of police officers and additional barriers, all signs of President Kenyatta’s imminent arrival.

In the polls boycotted by opposition leader Raila Odinga protesting lack of electoral reforms, voting did not take place in 25 constituencies in Homa Bay, Siaya, Migori and Kisumu due to violence in the opposition strongholds.

Inside the Bomas auditorium, the Independent Electoral and Boundaries Commission (IEBC) was dressing the chairs in the area reserved for presidential candidates, their staff, and election observers.

The seven tables that had been in the middle of the auditorium that were used for the verification of results declaration forms brought by the different returning officers are empty.

There was also increased presence of politicians allied to the Jubilee Party. 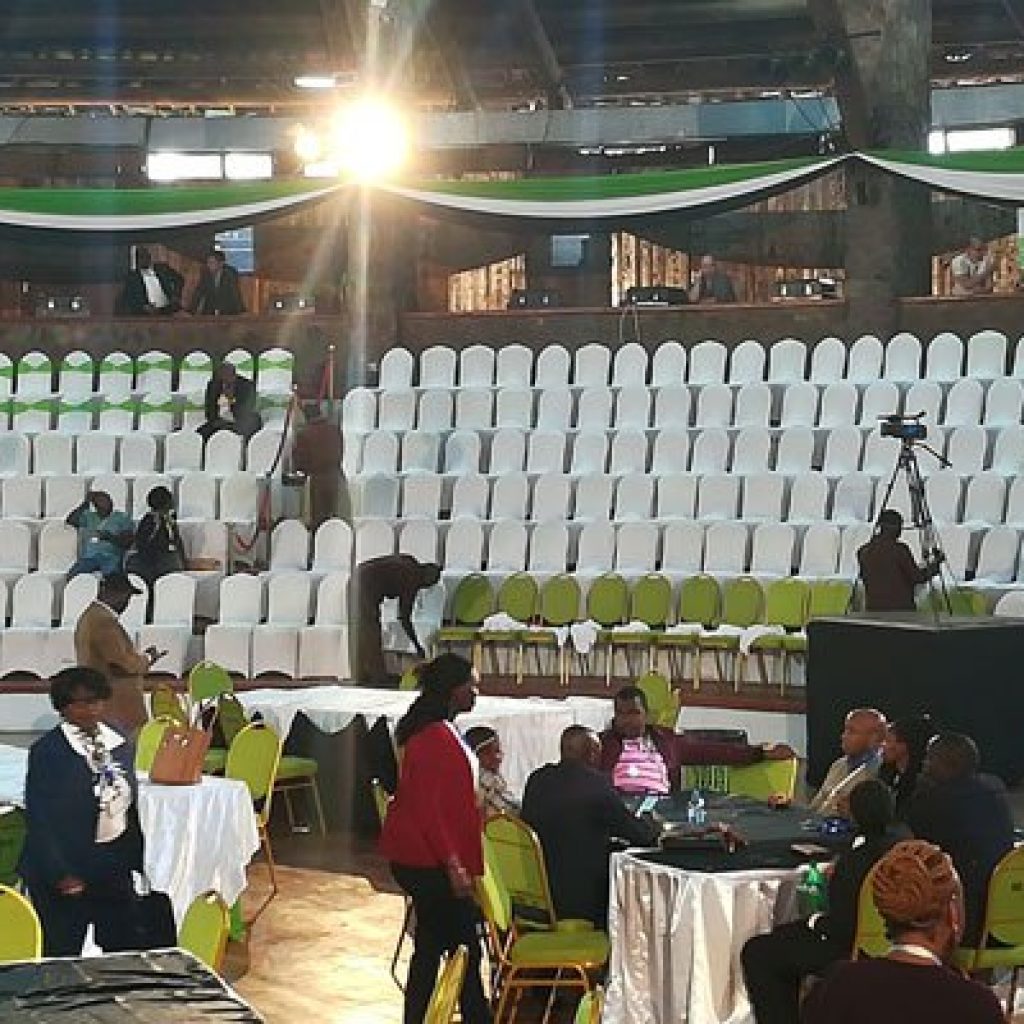 Preparations inside the auditorium at Bomas ahead of the announcement. PHOTO | JOHN NGIRACHU | NATION MEDIA GROUP

Mr Odinga withdrew from the poll, but was retained in the ballot paper, even after he wrote to the IEBC informing them about the move.

He has since rubbished the October 26 poll, and demanded a new one in 90 days.

Mr Odinga, a former prime minister, has demanded extensive reforms at the agency, including change of companies printing ballot papers, and the one providing elections technology.