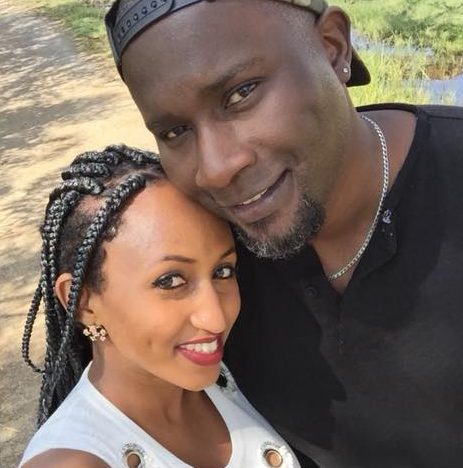 Popular music producer Ted Josiah on Sunday, September 20 moved his followers to tears after sharing one of the most touching tributes to his late fiancee Reginah Katar a year since she passed away.

Ted, as TUKO.co.ke reported, has over the past year won the hearts of thousands of followers online with his now popular tag The man mom where he documents his moments with his 15-month old daughter.

Despite raising the little girl all on his own, the producer has somehow managed to integrate the memory of his deceased wife into the picture with amazing results and fans have grown a bond with him as a result. On Sunday, however, it was not the usual laughter and family endeavors as he took to remember his late wife in a moving post.

It must not be easy to lose a loved one much less a wife who is only so early into motherhood and despite always appearing to have it together, Ted admitted to heavily missing everything that could have been if his fiancee was still alive.

Ted highlights his lows in the year that has flown past without Reginah as he tried to be both the mom and dad to the little one: “I’ve played this night of my life over and over and over, I’ve hoped it was a dream & the love of my life, my best friend, would be back in bed with us breastfeeding. I’ve been angry at God for giving me a chance to really love with everything i had only to take that love away. I’ve hated the world, I’ve hated myself, I’ve wished, cried, longed….. You should be here with our baby, you should be here with our little cub, you should be teaching her the words, teaching her to sing if only half has good as you, teaching her to be a lady, you should come the the bathroom if only to watch me shave. Reginah, all I could say as you slipped away from this life was “my love, my love, my love, my love. One year on it breaks me all over again. R I P MY LOVE,” the teary post read. Read more: https://www.tuko.co.ke/

I have been angry at God for taking my wife away -Tedd Josiah Reviewed by samrack on September 30, 2018 .

I have been angry at God for taking my wife away -Tedd Josiah Ted took to remembering his wife in one in a touching one-year anniversary message Popular music producer Ted Josiah on Sunday, September 20 moved his followers to tears after sharing one of the most touching tributes to his late fiancee Reginah Katar