Home  › Diaspora › Kenya › Kenya Diaspora News › News › People › U.S Diaspora › Here is what Barack Obama will do during his visit to Kenya 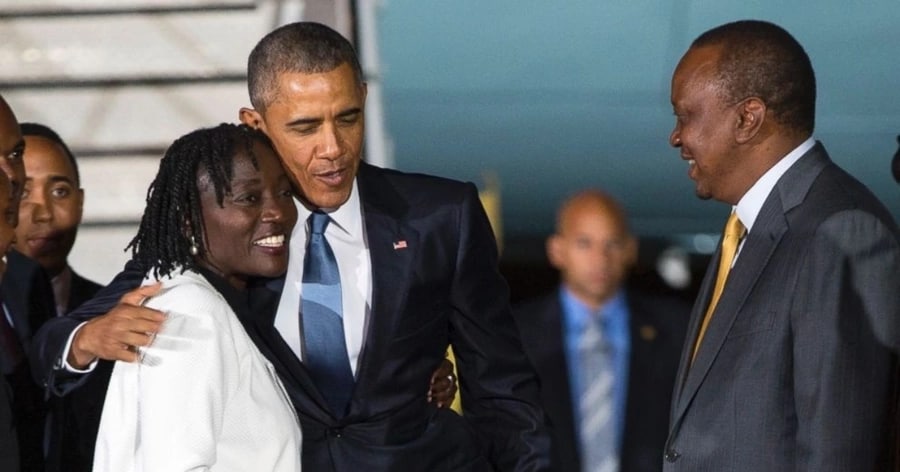 Retired President Barrack Obama last visited Kenya in 2015 when he was serving his second term as the President of the United States. Photo:CGTN Africa. Source: UGC

He is expected to meet Uhuru at State House before proceeding to K’Ogelo, his ancestral home – Obama will then proceed to South Africa where he will deliver the annual Nelson Mandela Lecture – He last visited Kenya on July 2015 while serving his second term of president of the United States About four years since he last visited, retired United States of America President Barack Obama returns to Kenya as a private citizen. The ex-Commander in Chief is expected to land in the country on Sunday, July 15, for a day’s visit after which he will proceed to South Africa where he will deliver the 16th annual Nelson Mandela Lecture at the Ellis Park Arena in Johannesburg.

Obama confirmed his scheduled tour to Africa, noting he was very proud to visit the sub-Saharan Africa more times than any other US president. “I will return this week to visit Kenya and South Africa. In South Africa, the Obama Foundation will convene 200 extraordinary young leaders from across the continent and I’ll deliver a speech to mark the 100th anniversary of Nelson Mandela’s birth. Kenya, of course, is the Obama ancestral home,” he said.

Obama will arrive in Kenya in the afternoon of Sunday and is expected to hold talks with President Uhuru Kenyatta at State House before proceeding to his ancestral home in K’Ogelo, Siaya County. The former US president is also expected to hold talks with the former prime minister Raila Odinga during his tour to Luo Nyanza on Monday. At the top in his agenda will be the grand opening of a sports resource centre dubbed Sauti Kuu Sports in his father’s K’Ogelo village. Read more: https://www.tuko.co.ke/

Here is what Barack Obama will do during his visit to Kenya Reviewed by samrack on July 15, 2018 .

Retired President Barrack Obama last visited Kenya in 2015 when he was serving his second term as the President of the United States. Photo:CGTN Africa. Source: UGC  Here is what Barack Obama will do during his visit to Kenya The former US president is expected to jet into the country on Sunday afternoon He is