All set for Obama’s visit to Kenya Sunday 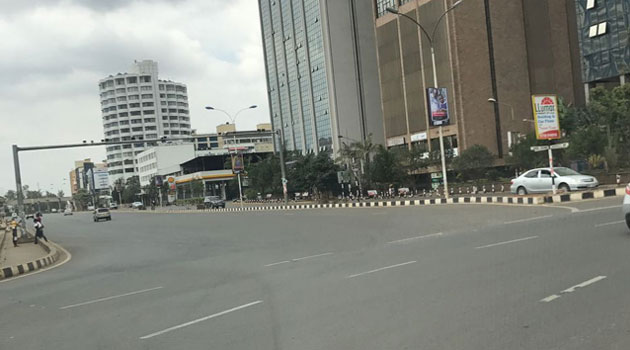 All set for Obama’s visit to Kenya Sunday

All is set for the arrival of former US President Barack Obama who is expected to jet into the country on Sunday with security beefed up both in Nairobi and Kisumu.

Nairobi Police Chief Joseph Ole Tito however stated that there will be free movement of traffic as no roads will be closed.

He told Capital FM News that Obama will be visiting Kenya as a private citizen and as such, Kenyans’ daily affairs will not be interfered with.

“We will not be closing any roads since Obama will be coming as a private citizen. We want to give him a warm welcome but at the same time, we do not want to disrupt the activities of Kenyans,” he stated.

Nyanza regional police boss Leonard Katana however stated that the area leading to the home of Obama’s grandmother will be off-limits to the public, with only a few able to join the family for the reunion.

“The roads will hardly be closed but there will be limited access only to those people who have been accredited by the family. This will be a private affair and we want to remain that way,” he said.

“There are certain residences along the highway. What will happen is this. If one is a resident and maybe he has no invitation, then we shall thoroughly search him and allow him to come in. But the moment you pass river Yala, and you do not have an invitation, you will have to turn back,” he stated.

During his visit, Obama will open a state-of-the-art centre for knowledge and learning and excellence in Kisumu on July 16, which his sister Auma says will enable the youth to realise their potential.

The centre will enable children have access to the Internet and books to enable them read more.

It will also serve as a safe physical space for children, youth and their families to meet and interact regularly, while participating in different sports and learning activities.

The Siaya County Government has also worked on a list of projects that they will present to Obama when he visits.

County Governor Cornel Rasanga said that a working team has been constituted to fine tune a project list he will present to the former US leader.

Top on the list is setting up President Barrack Obama University to be situated in Siaya town.

The Governor said they wished to have the former leader support the establishment and growth of such a university to be able to be used for research and knowledge in the region.

All set for Obama’s visit to Kenya Sunday Reviewed by samrack on July 15, 2018 .

All set for Obama’s visit to Kenya Sunday All is set for the arrival of former US President Barack Obama who is expected to jet into the country on Sunday with security beefed up both in Nairobi and Kisumu. Nairobi Police Chief Joseph Ole Tito however stated that there will be free movement of traffic