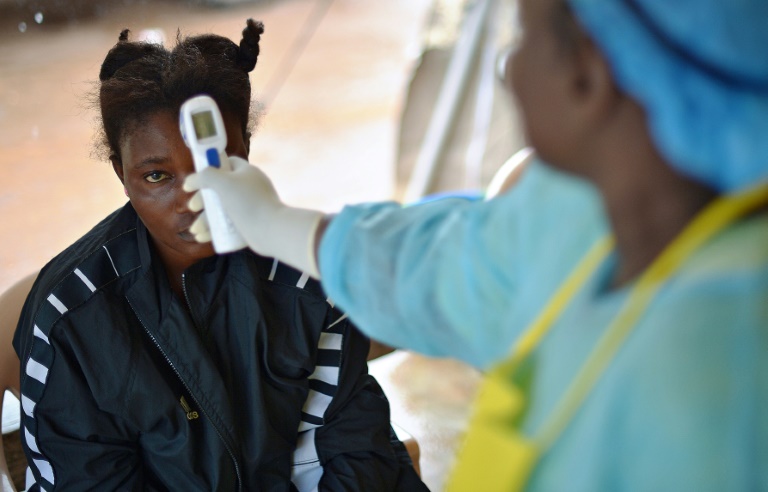 Kenya will commence screening of all travellers at the Jomo Kenyatta International Airport, Busia and Malaba border points following cases of Ebola in the Democratic Republic of Congo (DRC).

“Following an outbreak of Ebola in the DRC, my Ministry of Health (MoH) is now conducting routine screening of all travellers at JKIA, Busia and Malaba border points. In these places, we have installed thermal guns to detect elevated temperatures,” Kariuki said in a statement.

She says her ministry has also established The National Health Emergencies Council that will act expeditiously to prevent any importation of Ebola or any other disease of public health importance.

“The ministry will this afternoon issue a formal alert to all health providers and Kenyans making them aware of the outbreak including DRC outlining the measures to take including enhanced surveillance and preparedness,” she added.

So far, 17 people have died in northwest DRC from Ebola, the Health Ministry there said on Tuesday, describing the fresh outbreak as a public health emergency with international impact.

It is the DRC’s ninth known outbreak of Ebola since 1976 when the deadly viral disease was first identified in then-Zaire by a Belgian-led team.

In Geneva, the World Health Organization said lab tests in the DRC confirmed the presence of the Ebola virus in two out of five samples collected from patients and has released Sh100 million from an emergency contingency fund, set up a coordination group and deployed more than 50 experts to work with the DRC government and health agencies.

“WHO is working closely with the government of the DRC to rapidly scale up its operations and mobilize health partners, using the model of a successful response to a similar outbreak in 2017,” it said in a statement.

The outbreak occurred in Bikoro, on the shores of Lake Tumba.

All the cases were reported from a clinic at Ilkoko Iponge, located about 30 kilometres from Bikoro, where treatment capacities are limited, the WHO said.

Ebola is one of the world’s most notorious diseases, being both highly infectious and extremely lethal.

That outbreak killed more than 11,300 people out of nearly 29,000 registered cases, according to WHO estimates.

There is no current vaccine to prevent Ebola or licensed treatment for it, although a range of experimental drugs are in development. Early care with rehydration may boost the chance of survival.

Health Ministry begins screening for Ebola at Kenya border points Reviewed by samrack on May 9, 2018 .