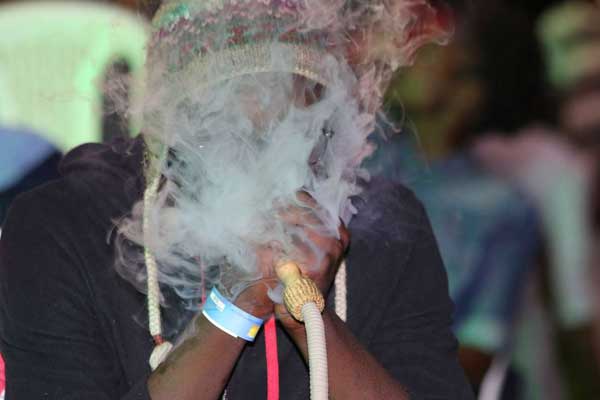 The Ministry of Health has banned smoking of shisha in Kenya.

In a gazette notice, Health Cabinet Secretary Cleopa Mailu banned the importation, manufacture, advertising and sale of shisha in the country.

In the legal notice dated December 28, Dr Mailu warned that anyone found contravening the control of shisha smoking rules will be “liable to a fine not exceeding Sh50, 000, or to imprisonment for a term not exceeding six months, or to both.”

If the offence, contravention or default is of a continuing nature, a further fine not exceeding Sh1, 000 for each day it continues will be imposed as contemplated in section 163 of the Public Health Act.

“No person shall import, manufacture, sell, offer for sale, use, advertise, promote, facilitate or encourage shisha smoking in Kenya,” reads part of the notice.

Confirming the legal notice, Director of Medical Services Jackson Kioko said: “Our decision for the ban is informed by all aspects…from social to health and is also guided by scientific evidence of the negative impact of smoking shisha.”

Other countries which have banned shisha are Pakistan, Jordan, Singapore and Saudi Arabia.

The World Health Organisation recently revealed that smoking shisha poses grave health risks as the smoke of 100 or more cigarettes is inhaled in a single session.

“Cigarette smokers typically take eight to 12 cigarettes with a 40 to 75 millimetre puffs and inhale 0.5 to 0.6 litres of smoke. [This is] unlike shisha-smoking sessions which typically last 20 to 80 minutes, during which the smoker may take 50 to 200 puffs which range from about 0.15 to 1 litre each.”