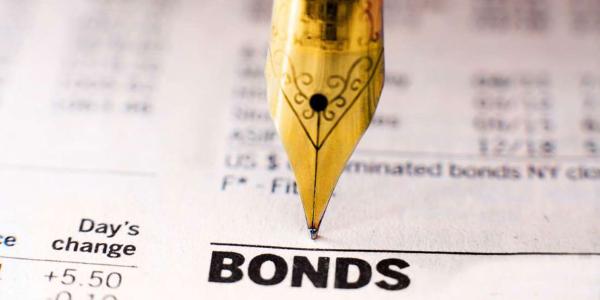 Most cash-rich firms have reduced money held in banks, instead turning to government securities where they invested an additional Sh19.6 billion in the last 15 months. FILE PHOTO | NMG

Cash-rich publicly traded firms reduced money held in banks by more than Sh9 billion in the past 15 months, showing their reaction to last year’s capping of interest rates that significantly diminished returns on deposits.

WPP Scangroup, #ticker:SCAN Carbacid Investments #ticker:CARB and insurers like Jubilee #ticker:JUB and Kenya Re #ticker:KNRE are among Nairobi Securities Exchange-listed firms that have reported a decline in their bank deposits.

Most of the firms have instead turned to government securities where they invested an additional Sh19.6 billion during the period in review.

“Capping of interest rates has lowered returns on bank deposits. So there has been a shift to higher-yielding government bonds and T-bills,” said Kenya Re’s managing director, Jadiah Mwarania.

Mr Mwarania said the flight to treasuries is likely to continue so long as rates on bank deposits remain low.

Interest rate controls, which came into force in September last year, have seen returns on large bank depositors fall from highs of 16 per cent to lows of eight per cent compared to yields on government securities which stood at between eight to 13 per cent, depending on the maturity.

Banks were forced to lower interest on deposits to create some headroom for a profit margin on the maximum lending rate, which currently stands at 14 per cent.

Cash-rich companies previously preferred bank deposits because they paid slightly higher rates than bonds and were more liquid, with maturity profiles that ranged from days to 12 months.

The newly imposed low returns on deposits have, however, seen many opt to trade liquidity offered by the lenders for higher returns on government bonds and T-bills.

The changes are set to slow down accumulation of deposits but this is not expected to affect the banks who have also reduced their lending to the private sector in favour of government securities.

The changes resulted in returns from cash in the bank dropping 28 per cent to Sh1 billion while interest on government debt soared 45 per cent to Sh4.3 billion.

This lifted earnings from government debt 14 per cent to Sh1.2 billion as returns from bank deposits declined 16 per cent to Sh541.8 million.

“We… reallocated funds into government securities to guard against the interest rate capping,” Kenya Re said in its latest annual report.

Carbacid increased its purchase of government securities 3.3 times to Sh410.2 million while slashing its bank deposits 21 per cent to Sh731.9 million in the year ended July.

The portfolio restructuring saw its income from the government paper rise 4.4 times to Sh42.6 million while interest from bank deposits fell 48 per cent to Sh66.1 million.

“The Banking Amendment Act 2015 that came into effect in September 2016 regulating interest rates, restricted our returns on deposits, and our average return dropped from 12.5 per cent to 10.1 per cent,” Carbacid said in its latest annual report.

“Your board decided to reduce short-term investments in bank deposits and increased investments in government infrastructure bonds, purchasing Sh288 million worth of bonds this year.”

Similar moves were witnessed at insurers Britam, #ticker:BRIT CIC, Liberty and Sanlam, which increased their treasuries portfolio by a total of Sh6.7 billion to Sh43.3 billion while cutting their bank deposits by Sh3.9 billion to Sh14 billion.

Several other cash-rich firms also suffered from lower bank payouts and responded by either sticking with the lenders or yanking out part of their surpluses and investing in their normal operations.

WPP Scangroup, for instance, reduced its bank deposits by Sh171.4 million to Sh3.9 billion in the year ended December after its return on the holdings fell from highs of 15 per cent to lows of 9.3 per cent.

Bamburi #ticker:BAMB and Nation Media Group (NMG) #ticker:NMG boosted their cash at bank by a total of Sh610.8 million to Sh4.6 billion in the same period despite their returns dropping 0.95 and 2.3 percentage points to 10.05 and 10.3 per cent respectively.