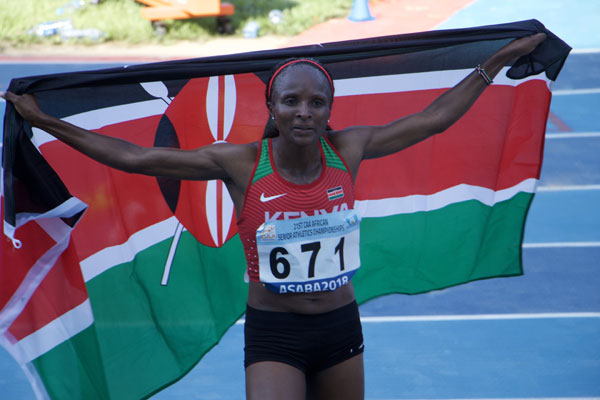 Hellen Obiri obliterated the women’s 5,000m field to win the gold medal in the 21st edition of the African Athletics Championships at Asaba’s Stephen Keshi Stadium on Thursday.

Obiri’s gold was Kenya’s first medal at the championships which started on Wednesday with the men’s 10,000m final where Ethiopia’s Jemal Yimer kicked with 300 metres to go and opened up a 50-metre gap from his compatriot, silver medallist Andumalak Belihu of Sidama Buna Athletics Club in Ethiopia’s southern region, to win in 29 minutes, 08.01 seconds.