Fatou Bensouda: Ruto’s ICC Case is Not Closed Yet 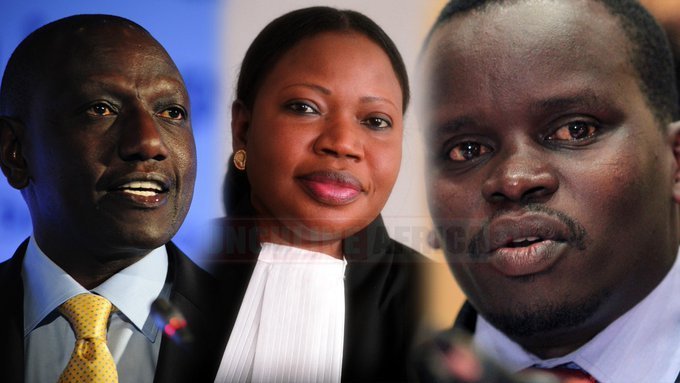 Fatou Bensouda: Ruto’s ICC Case is Not Closed Yet

Deputy President William Ruto case at the ICC is not yet closed, says the International Criminal Court.

In April 2016, ICC vacated the cases against DP and Sang for lack of evidence.

According to the Nation newspaper, Bensouda said that since the cases against the duo were not terminated, her office is ready for any fresh information from either the government of Kenya or any individual.

This comes days after Kenya’s Directorate of Criminal Investigations (DCI) has clarified it will not reopen the post-election violence cases.

“As you are aware, on April 5, 2016, Trial Chamber V (A) vacated the charges against William Samuel Ruto and Joshua Arap Sang, without prejudice to the Prosecution bringing a new case in the future, or in a different form, in light of new evidence,” Bensouda told the Nation.

“As a general matter, in accordance with Art. 15 of the Rome Statute – the founding treaty of the ICC – any individual or group from anywhere in the world may send information on alleged crimes to the ICC Prosecutor, who is duty-bound to protect the confidentiality of the information received. The office analyses any such materials submitted, as appropriate, in accordance with the Rome Statute and with full independence and impartiality,” Ms Bensouda said in an email to the Nation.

This is the latest signal yet that ICC is not yet done with DP Ruto.

President Uhuru Kenyatta and his deputy have criticised the DCI over a move to revive criminal cases related to the 2007/08 post-election violence. The President warned the move would be a recipe for ethnic conflicts.

In a clear dig at DCI boss George Kinoti, the President said the decision to reopen the cases was taken without proper thinking on the reality and declared he would not support it.

Fatou Bensouda: Ruto’s ICC Case is Not Closed Yet Reviewed by samrack on December 4, 2020 .