About a year ago, teenager Anastasia Vlasova started seeing a therapist. She had developed an eating disorder, and had a clear idea of what led to it: her time on Instagram.

She joined the platform at 13, and eventually was spending three hours a day entranced by the seemingly perfect lives and bodies of the fitness influencers who posted on the app.

“When I went on Instagram, all I saw were images of chiseled bodies, perfect abs and women doing 100 burpees in 10 minutes,” said Ms. Vlasova, now 18, who lives in Reston, Va.

Around that time, researchers inside Instagram, which is owned by Facebook Inc., were studying this kind of experience and asking whether it was part of a broader phenomenon. Their findings confirmed some serious problems.

“Thirty-two percent of teen girls said that when they felt bad about their bodies, Instagram made them feel worse,” the researchers said in a March 2020 slide presentation posted to Facebook’s internal message board, reviewed by The Wall Street Journal. “Comparisons on Instagram can change how young women view and describe themselves.”

For the past three years, Facebook has been conducting studies into how its photo-sharing app affects its millions of young users. Repeatedly, the company’s researchers found that Instagram is harmful for a sizable percentage of them, most notably teenage girls.

“We make body image issues worse for one in three teen girls,” said one slide from 2019, summarizing research about teen girls who experience the issues.

“Teens blame Instagram for increases in the rate of anxiety and depression,” said another slide. “This reaction was unprompted and consistent across all groups.”

Among teens who reported suicidal thoughts, 13% of British users and 6% of American users traced the desire to kill themselves to Instagram, one presentation showed.

Expanding its base of young users is vital to the company’s more than $100 billion in annual revenue, and it doesn’t want to jeopardize their engagement with the platform.

More than 40% of Instagram’s users are 22 years old and younger, and about 22 million teens log onto Instagram in the U.S. each day, compared with five million teens logging onto Facebook, where young users have been shrinking for a decade, the materials show.

“Instagram is well positioned to resonate and win with young people,” said a researcher’s slide posted internally. Another post said: “There is a path to growth if Instagram can continue their trajectory.”

In public, Facebook has consistently played down the app’s negative effects on teens, and hasn’t made its research public or available to academics or lawmakers who have asked for it.

“The research that we’ve seen is that using social apps to connect with other people can have positive mental-health benefits,” CEO Mark Zuckerberg said at a congressional hearing in March 2021 when asked about children and mental health.

In May, Instagram head Adam Mosseri told reporters that research he had seen suggests the app’s effects on teen well-being is likely “quite small.”

In a recent interview, Mr. Mosseri said: “In no way do I mean to diminish these issues.…Some of the issues mentioned in this story aren’t necessarily widespread, but their impact on people may be huge.”

He said he believes Facebook was late to realizing there were drawbacks to connecting people in such large numbers. “I’ve been pushing very hard for us to embrace our responsibilities more broadly,” he said.

He said the research into the mental-health effects on teens was valuable, and that Facebook employees ask tough questions about the platform. “For me, this isn’t dirty laundry. I’m actually very proud of this research,” he said.

Some features of Instagram could be harmful to some young users, and they aren’t easily addressed, he said. He added: “There’s a lot of good that comes with what we do.”

The Instagram documents form part of a trove of internal communications reviewed by the Journal, on areas including teen mental health, political discourse and human trafficking. They offer an unparalleled picture of how Facebook is acutely aware that the products and systems central to its business success routinely fail.

The documents also show that Facebook has made minimal efforts to address these issues and plays them down in public. 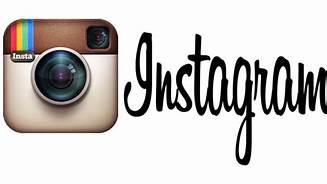 The company’s research on Instagram, the deepest look yet at what the tech giant knows about its impact on teens and their mental well-being, represents one of the clearest gaps revealed in the documents between Facebook’s understanding of itself and its public position.

Its effort includes focus groups, online surveys and diary studies in 2019 and 2020. It also includes large-scale surveys of tens of thousands of people in 2021 that paired user responses with Facebook’s own data about how much time users spent on Instagram and what they saw there.READ MORE