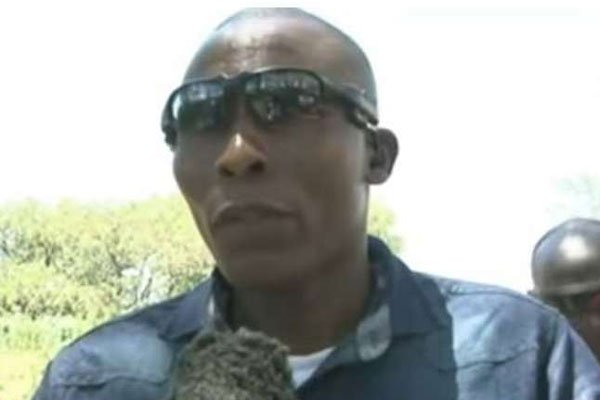 The man who captured public attention after he claimed to have witnessed two high profile crashes in a span of one week has a criminal record.

Preliminary investigations have revealed that he was arrested in 2014 in Diani and charged at Kwale Law Court for impersonating a Kenya Airforce officer.

Mr Ngengi jumped bail and an arrest warrant was issued against him.

Director of Criminal Investigations Ndegwa Muhoro on Friday confirmed the arrest, adding that police wanted to confirm his identity.

“He is being detained at one of the stations. We want to know his character: Who is this man? Even the identity we need to know…you might find he is Ugandan,” Mr Muhoro said.

Msamwbeni DCIO has requested the DCI headquarters to hand him over for him to be charged for jumping bail.

POLICE OFFICER
Mr Ngengi had claimed to be a state pilot during an interview with NTV after the helicopter crash in Lake Nakuru on October 21.

A few days later, he told Citizen TV that he witnessed Nyeri Governor Wahome Gakuro’s crash on the Thika-Sagana highway in Murang’a County on November 7.

Inspector General of Police Joseph Boinnet on Wednesday promised to investigate and unveil who the “witness-in-chief” is.

“It is said that there is an individual who appeared in both accident scenes. It is claimed that he is a police officer.

“I will find out if it is true he is an officer or not. If yes, then I will be interested in knowing what he was doing at those two scenes,” Mr Boinnet said.

GOVERNOR GAKURO
At the scene of the road accident, he disputed a police version that a tyre burst caused the incident that made the governor’s car ram a guard rail, saying the driver lost control as he tried to avoid hitting a motorcycle ferrying meat.

“I was on my way to Nairobi from Nyeri when the accident happened,” he said, adding that he actually spoke to the governor who reportedly told him he was hurt in the leg.

Share thisFacebookTwitterPinterestEmailWhatsAppEyewitness Ngengi still under police investigation The man who captured public attention after he claimed to have witnessed two high profile crashes in a span of one week has a criminal record. Mr Dennis Muigai Ngengi was arrested by police in Ruiru, Kiambu County, on Thursday. Preliminary investigations have revealed that he was arrested