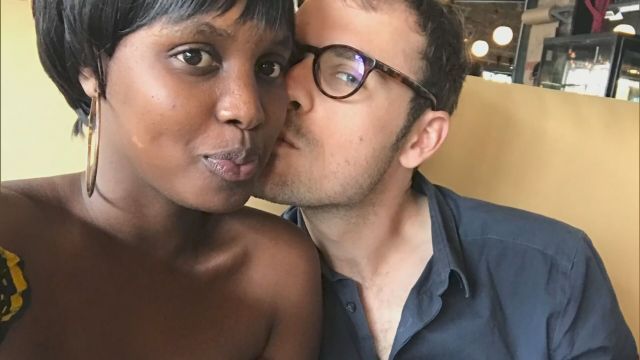 Trying To Figure Out How To Move Forward’: Widower Of Denver Woman Decapitated By Gate At Arches National Park Struggles After Trauma

The family of a woman killed while visiting Arches National Park is hoping they can change the dangerous conditions that lead to her death and continue the philanthropy she inspired around the globe.

“She was very strong personality, really funny, really smart,” said Ludovic Michaud, Essie Nakajjigo’s husband. “The woman I loved… and I saw her for just her.”

Michaud and Nakajjigo met over a dating app while they both had recently arrived in the Denver area. Michaud, from France, took a job at a start-up. He didn’t know Nakajjigo had a massive following in her native Uganda. She’d come to Colorado to learn how to bolster her business acumen at the Watson Institute in Boulder.

“She really loved the Denver vibe and so do I. We loved getting out and going to beautiful places,” Michaud said.

After COVID-19 closures were lifted, the newlyweds took a trip to Arches National Park. Upon leaving, an unsecured metal gate swung into the road, killing Nakajjigo who was sitting in the passenger seat.

“I had a ton of flashbacks. Several dozen per day. I’m still struggling with that,” Michaud said. “I’m still trying to figure out how to move forward, how to wake up in the morning.”

“What he saw and experienced that day, I cannot even imagine,” said Deborah Chang, an attorney representing Michaud and the Nakajjigo family. “The end of the gate impaled the car like a lance, and literally beheaded his newly-wed bride right in front of him.”

Chang has filed a $270 million claim for wrongful death. It’s likely the first step in a lengthy federal lawsuit.

“How do you measure someone like her? She’s done more at the age of 25 than most people do in their entire lives,” she said.

Nakajjigo was involved in countless philanthropic endeavors. She was best known for a reality show in Uganda that reached millions of viewers. She was consistently working to improve the lives of women in Africa and beyond. The family is hoping to use money from the case to continue Essie’s projects.

Michaud says he wants to keep her legacy going, but he also wants the gates at National Parks and forests across the U.S. to be safe for visitors.

“It could have happened to anyone and if nothing is done, it’s going to happen again,” he said. “I don’t know how I could stand to see another thing like that happen, and I just want to make sure we do whatever we can to avoid, to save another life.”