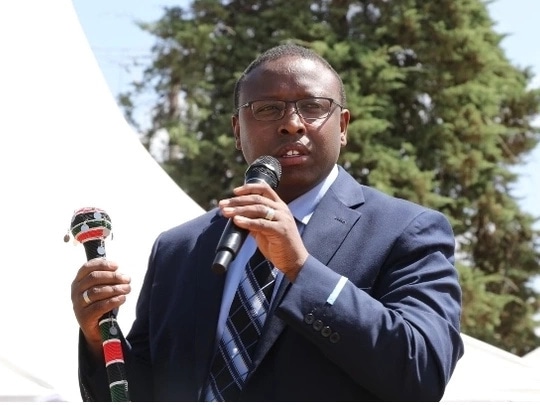 West Pokot Deputy Governor Nicholas Atudonyang’s has been missing in the county and works in the US as a full time neurosurgeon. Photo: UGC Source: UGC

Atudonyang’s is also a County Executive Member for Health and has been blamed for the deplorable condition of health in the region – He works in the United States as a full time neurosurgeon After several months of public outcry by the residents of West Pokot County over their missing in action deputy governor, the Ethics and Anti-Corruption Commission (EACC) has finally launched investigations into the matter. In their Twitter account on Tuesday, September 18, EACC said they were questioning West Pokot Governor John Lonyang’apuo over Nicholas Atudonyang’s who has been missing in action.

It is alleged that Atudonyang’s has a full time job in the US where he works as a neurosurgeon but still receives salary as a deputy governor. The runaway deputy governor also holds the position for County Executive Member for Health and has been blamed for the worsening state of the health sector in the region. The investigations into the deputy governor came after residents of the county led by the Independent Pokot Leaders Forum (IPLF) complained of his absence claiming he had only been in the county for less than a month since he assumed office. Read more: https://www.tuko.co.ke/

EACC launches investigation into West Pokot deputy governor who works full time in US Reviewed by samrack on September 19, 2018 .