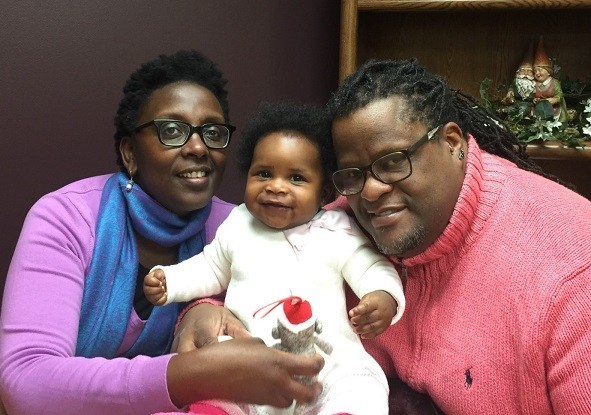 With everything going in in this Corona Virus Pandemic, folks sometimes think it’s “over there”, until they hear of someone they know that has passed from it. My ex husband died due to complications from Covid19, he had several underlying conditions that made him more likely to expire from it, including acute asthma.

I never in my wildest dreams thought that I’d be writing about the death of the father of my children during/as a result of the pandemic. But, this is where we are at.

Long story short, due to his underlying conditions, he developed pneumonia, and shortly after, low blood pressure, and eventually multiple organ failure. All this took about a week and a half. He was hospitalized at the end of the first week, due to difficulty breathing. Five days later, it was over.

My children and I had one last chance to talk to him before he died. His doctor kindly put a conference phone into his ICU room so that we could speak to him. My girls, 5 and 3, told their daddy they loved him, they don’t want him to be this sick, and could he, perhaps, get better in time for the older one’s birthday?

I told him that my friends and family were all praying for him.

Now, if only we could give him the funeral he deserves. But alas, with all the shelter-in-place and no travel recommended, my children and I have to wait to give him a sendoff at a later date. We are 1400 miles away from him. A week and a half after he passed, he still hasn’t been cremated, because everything is backed up —too many deaths.

My ex-husband died from complications of Covid19. There’s a statement I never thought I’d be writing. So here goes my obituary as his ex-wife and mother of his children.

Charles Munene Mugi earned a Bachelor of Arts degree from Arcadia University in 2009, a Master of Arts in General Psychology from WestChester University in 2012, and a Masters in Human Development from University of Pennsylvania Graduate School of Education in 2013. He was a doctoral candidate in Education Foundations and Research at the University of North Dakota.

At the time of his untimely demise, Chas was writing his dissertation on acculturation experiences of international students at predominantly white institutions. Chas was passionate about deconstructing institutional racism and the impact it has on black people in society and through the education system. He read widely and discussed (and often argued persuasively) with anyone who would listen: student, professor, community member, family member, friends — always sharing his knowledge about the trauma that African descended people have experienced in the US.

So deep did his passion run, that when it was time to finalize the adoption of his first daughter Imara, he chose to change his name from Charles Henry Nowlin III, to Charles Munene Mugi, so that his children would not be forced to carry a name that was descended from slave masters. He wanted to disconnect his children from the historical trauma carried by those who are ascended from slave ancestry.

In his family home, Charles entertained African and African American students from local institutions, holding court with them as lectured them about global and American racism, and offered not only a hot meal, but also a shelter for those needing space to decompress from the everyday racist micro-aggressions they experienced in their schools. He was indeed Mugi (The Well Read One in Gikuyu Language of Kenya).

Charles was a terrific home cook, he could whip up a feast fit for a king — even though he was the king (Munene means king or big man in Gikuyu language from Kenya). Many are the friends who can attest to having learned to make one dish or another from him, from the best potato salad, to the juiciest barbecue. HIs ex wife is still trying to use (not always successfully) the cooking skills she observed from him.

Chas was married to Dr Faith Wambura Ngunjiri from 2010–2018; together, they adopted two brilliant beautiful girls, Imara Wema M Mugi in 2015, and Ikeno Baraka W Mugi in 2016. Faith and Chas divorced in October 2018, and by the time of his death, they had found their way into an ‘amicably divorced’ relationship. The girls, as he referred to his daughters, were the apple of his eye, he lived for them. Along with is two daughters, Chas leaves behind his sisters Debbie Nowlin and Pam Atkins, along with many other relatives and friends.

He had several debilitating health conditions that were related to his service in the military, as such, he was a disabled veteran. Covid 19 was the last straw.

Chas, rest in perfect peace. You are missed by all who knew and loved you. The girls will be alright.

Dr Faith Wambura Ngunjiri : Covid19 Killed My Ex Husband in the USA Reviewed by samrack on May 10, 2020 .

Dr Faith Wambura Ngunjiri : Covid19 Killed My Ex Husband in the USA The day we finalized our older daughter’s adoption. With everything going in in this Corona Virus Pandemic, folks sometimes think it’s “over there”, until they hear of someone they know that has passed from it. My ex husband died due to complications