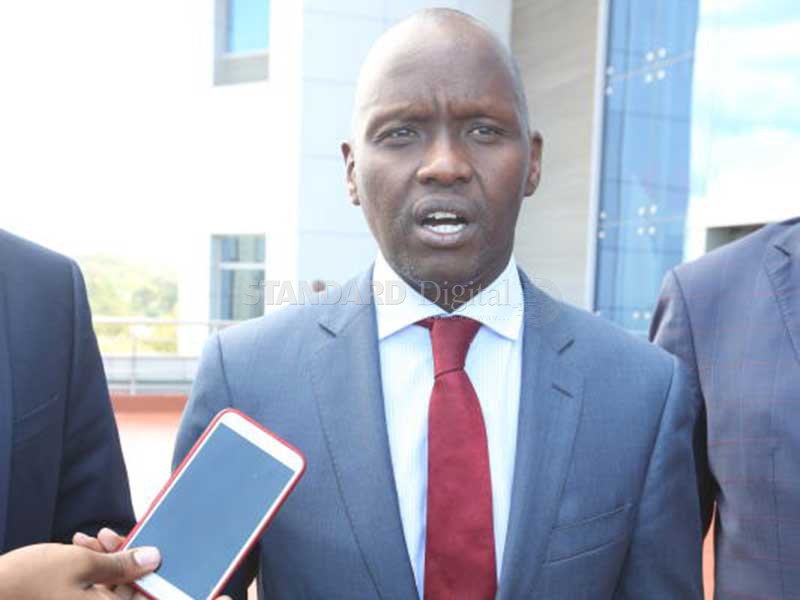 Investigators have opened yet another probe into what could be the country’s biggest corruption scandal at the Kenya Pipeline Company (KPC), involving Sh70 billion.,

Uhuru warns public officials The investigation is centered on claims of hugely inflated prices for procurement deals undertaken in the parastatal in the recent past. Past and present officials of the firm have been lined up for questioning starting this week in the renewed fight against grand corruption in Government. A Cabinet secretary is among persons of interest in the investigations, The Standard has learnt. Police have already profiled the targeted deals in the institution that is flush with cash considering its near-monopoly in the transportation of petroleum fuels. Stay informed while on the go by subscribing to the Standard Group SMS service.

Special focus will be on the awarding of the most lucrative tender to Zakhem, a Lebanese firm, to build a new pipeline in 2014 at nearly Sh48 billion – but the contract price has been adjusted upwards by at least Sh2.7 billion. Sources in the Directorate of Criminal Investigations have confirmed the progress of the probe, which KPC managers claim to know nothing about. “It involves several cases including the last week where managers’ homes were searched,” one source said, referring to a raid last Saturday on the home of former KPC boss Charles Tanui. Mr Tanui is under investigation, among others, for procurement of Sh647 million worth of specialised equipment.

Maraga: We’ll help in war on corruption Joe Sang, the KPC managing director, yesterday denied the alleged Sh70 billion losses, terming them mere speculation and rumours.  He said the firm had diligently delivered on its core mandate of ensuring that petroleum products were readily available over the last four decades. “We find these allegations quite inaccurate, astonishing and maliciously calculated to injure KPC as a responsive organisation that is currently fulfilling its mandate to the Kenyan people,” said the MD. He downplayed the planned questioning, saying he had not been contacted, but added he was willing and ready to respond to any questions if called on to do so. “I am not aware of any investigations on the company but as its managing director, I am available to provide any information demanded of KPC,” Mr Sang said. However, the Ethics and Anti-Corruption Commission (EACC) confirmed investigations were going on and arrests would follow soon. “The amount in question cannot be confirmed but it is true we are investigating them,” EACC Chief Executive Michael Mubea told The Standard.

DCI probing claims of financial impropriety at ODPP’s office “Once investigations are complete, those found culpable will be subjected to the normal course of the law,” he said. But in a a detailed response to the six transactions being probed by EACC, including the now-controversial new Mombasa-Nairobi pipeline, Sang defended the payments made, saying procurement regulations were obeyed. He said the new pipeline, whose completion has been delayed for nearly two years after the target handover date of September 2016, was informed by projected market needs. Sang said KPC carried out a petroleum demand survey five years ago with a view to project demands for Kenya and the region up to the year 2044 to enable the company to compute the scope of replacements for line one between Mombasa and Nairobi. “The choice of sizing (20-inch pipeline) was therefore informed by a study carried out by an independent expert consultant (Shengli Engineering & Consulting Co Ltd) on the projected demand for petroleum products in Kenya and the region served by KPC,” he said. Some insiders, including those that have left the company, had claimed that the selected size was bigger than the country needed and would lead to excess capacity and under-utilisation. According to past interviews with The Standard, a smaller sized pipeline of 16 inches in diameter had been agreed on by the technical teams that included engineers. But Sang denied there ever was a discussion about claims that would suggest that settling on bigger pipelines was informed by the need to undertake an expensive project to provide bigger opportunities to ‘eat’. “This allegation is very unfair to KPC and Kenyans at large,” he said, but confirmed recent claims about the upward revision of the costing for the project, a Sh2.7 billion ($27,962,017) variation.
Read more at: https://www.standardmedia.co.ke/

Kenya Pipeline Managing Director Joe Sang addresses the press in Nairobi. Yesterday he denied the allegations that Sh70 billion was lost in dubious deals. [Pius Cheruiyot, Standard] Detectives probe possible loss of Sh70 billion at Kenya Pipeline Investigators have opened yet another probe into what could be the country’s biggest corruption scandal at the Kenya