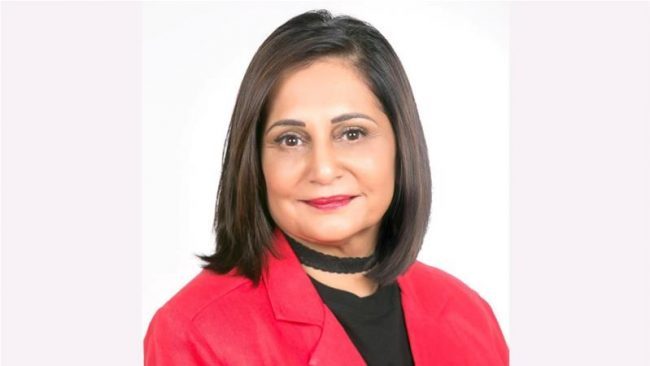 Tributes are being paid to world-renowned South African scientist Gita Ramjee, who has died from Covid-19-related complications.

“She dedicated many years of her life to finding HIV prevention solutions for women,” her colleague and friend Gavin Churchyard told the BBC.

Head of UNAids Winnie Byanyima said Prof Ramjee’s death was a huge loss at a time when the world needed her most.

South Africa has the largest number of people living with HIV in the world.

The country has begun a three-week lockdown as part of efforts to stop the spread of coronavirus.

The passing of Prof Ramjee comes as a huge blow to the entirety of the healthcare sector and the global fight against HIV/Aids,” the country’s Deputy President David Mabuza said in a statement.

“In her, we have indeed lost a champion in the fight against the HIV epidemic, ironically at the hands of this global pandemic. In her honour, we should heed the call to flatten the curve by strengthening our responses to this global pandemic as well as continue the fight to achieve zero new HIV infections.”

‘I now stand among female giants’

Prof Ramjee, who died in hospital near the coastal city of Durban on Tuesday, had been working as the chief scientific officer at the Aurum Institute, a leading authority in the fight against HIV and TB.

“Gita was a vibrant person, a real fighter. If she sets her mind on something, nobody better stand in her way,” Aurum head Prof Churchyard, who knew her for many years, told the BBC’s Pumza Fihlani.

“That will be my lasting memory of her – how she fought with everything to advance access to healthcare for women in disadvantaged communities.”

The HIV researcher fell ill after returning to South Africa in mid-March from the UK, where she had been presenting at a symposium at the London School of Hygiene and Tropical Medicine (LSHTM).

Two years ago she was given the Outstanding Female Scientist Award by the European Development Clinical Trials Partnerships.

Afterwards she told the HIV Trials Network: “I was absolutely thrilled by this award, as it recognises decades of my commitment to clinical research activities in HIV prevention. What makes it more rewarding is that I now stand among the female giants.”

She also spoke about her pride in having two successful sons and a successful husband – and her advice for younger women interested in a career in science: “Love of the job, passion, drive and tenacity are critical traits to have for scientific excellence.”

Prof Churchyard said Prof Ramjee would be greatly missed: “To have an African scientist, who is internationally recognised pass – really leaves a huge void for us.

“But Gita firmly believed in building capacity, in sharing knowledge and she did that. She leaves a tremendous legacy behind her and her work will continue.

“As an unrelenting fighter, unrelenting in her fight against HIV, against tuberculosis and now Covid-19. The last thing she would want us to do is to give up. We won’t give up, we must keep fighting and working to find solutions.”