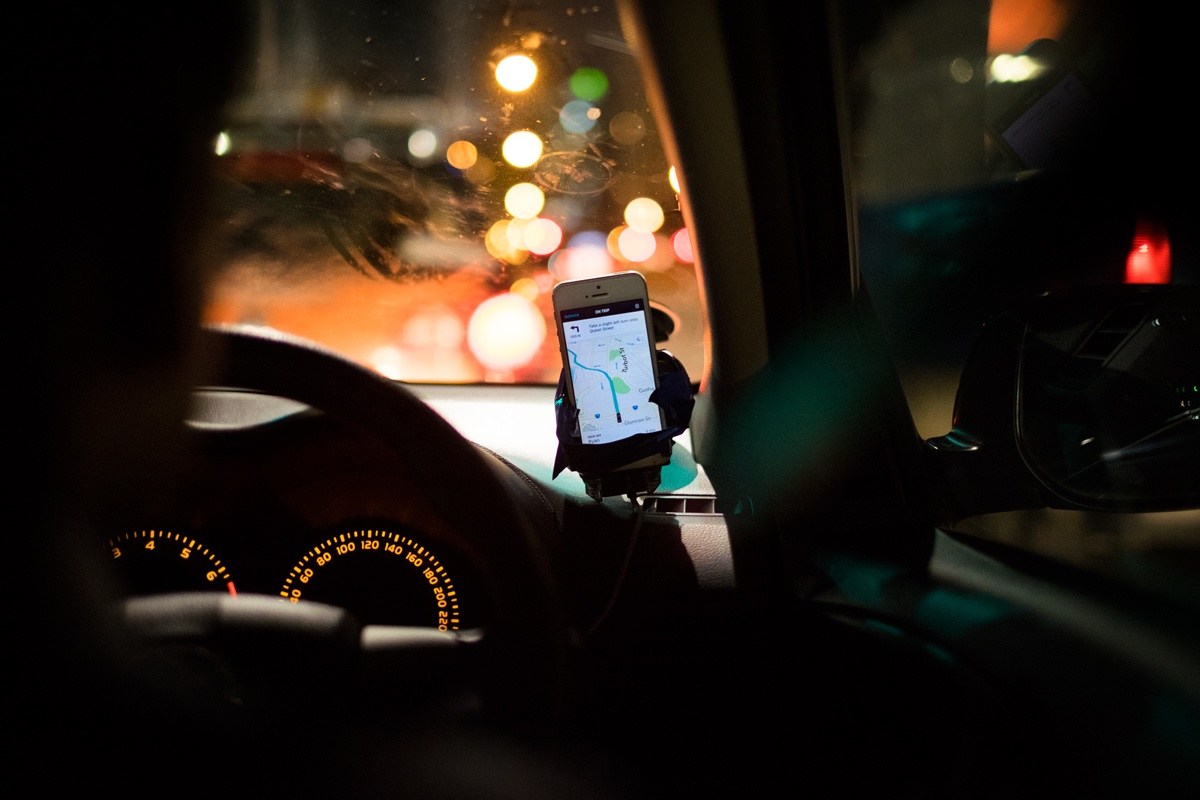 I had just dropped off some young lady at her apartment when the request came through. An unwanted request. I intended to drive straight home after dropping this particular client.

Let’s get over with the introductions. My name is Daniel and I am an Uber driver based in Nairobi. I was hoping to go home at around 11 pm because my wife doesn’t like it when I go home past midnight.

The next client calls as soon as the new request pops up on my phone. And the client’s name is Charles.

Him: Hello Daniel. I was hoping you could pick me up at the Department of Defence Headquarters ASAP.

Him: I don’t know yet. I was thinking Utawala. Maybe Machakos?

Me: Um, Charles, I was actually heading home to Githurai so maybe you could do me a favor and cancel your ride then request another one? Please? Just say the driver asked you to cancel.

Him: Home, huh? And where is home?

That’s when I notice the confidence in his voice. A certain kind of sharpness and metallic substance that is used to throwing orders around.

In my line of work, I meet many people. Students, lawyers, doctors, business folks, and they all talk the same. Though lawyers can be a bit arrogant. College students are irritating especially when tanked or commuting in a group.

And then there are soldiers. They mostly ride in silence particularly those who have seen combat. However, when they speak all they do is give orders.

Me: Githurai is my home.

Him: Which one Daniel?

Him: OK. Then that has just become my new destination. Pick me up right away.

It takes me less than five minutes to drive to the Department of Defence (DoD) only to find him waiting at the main entrance. He is in a trench coat with the collar turned up, khaki trousers and brown boots like those worn by the Marines.

I notice that he looks different from his voice. He must be about five foot seven and weigh around sixty-five kilograms. Whereas his voice is authoritative and somewhat intimidating, his frame is a bit small considering he looks thirty.

He walks stiffly towards my car, leans against the codriver’s side and peers in through the open window.

Me: Yes, you must be Charles?

Him: Last I checked (He opens the door and climbs in swiftly). Let’s go.

I have ferried thousands of passengers in my car, but I have never carried one without a clear destination in mind. Is he running away from something? Could he be a criminal?

Me: So where in Githurai do you want to go?

Him: I don’t know. Any sites you might recommend to me? I have never really been to Githurai though I have driven past a couple of times.

Me: No. Not really. It is just an overcrowded estate with cheap housing.

Him: I was just joking. (He smiles)
His smile seems sad. Lonely. Painful even

Me: Oh. They must have just invented a sense of humor where you come from.

Him: (Laughing) Where I come from, they only have bullets, guns, bombs, khat and prostitutes. Humor is something they are yet to discover.

Me: Look at that. You just might be the Issac Newton of humor where you come from.

Me: (Lost) Oh. (I cast a glance at him to see if he is kidding. His stone face tells me he is not) He’s the guy who discovered gravity.

Him: I was just kidding.

Me: (Smiling) Really? Coz your face told me you were bloody serious.

Him: Where I come from, we have perfected the art of a poker face.

Me: Yeah? Where do you come from?

Him: So Newton discovered gravity? What does discovery mean to you exactly?

Him: Gravity existed before Newton noticed that apples don’t fly around in the air when they are thrown up but they come hurtling down to the ground. All he did was give that a name. Is that what discovery means? Giving a name to something that already exists?

Me: (Wondering where this conversation is headed) I am sure it’s more complicated than that.

Him: Like this other dirtbag who apparently discovered Mt. Kenya. Weren’t there people who were living around that area when he discovered it? Or was it invisible to them? If memory serves, the Kikuyu used to face the mountain whenever they prayed because they believed that their god lives up there. Then comes a white guy who sees it and says; drumroll; “There lies a huge mountain that the natives don’t give a shit about. But because I’m the first white guy to see it, I have discovered it and I have named it Mount Kenya!! Yay! Now my name will be in history books forever! I’m awesome!!!”

Me: (Chuckling) Are you always this radical?

Him: Radical? No. What does discovery mean to you?

Me: Finding something that hasn’t been found by anyone else before?

Him: I would say that is kind of right. Then I must ask, have you discovered yourself?

Him: Do you know who you are?

Me: (Laughing uncomfortably) I guess I’m just a normal guy.

By now I am driving globe cinema roundabout and then up to Ngara where I speed down Murang’a Road towards Thika Superhighway. It is a quarter past 11 and there is no little traffic. As a matter of fact, driving around Nairobi at this time of the night is therapeutic.

Him: Just a normal guy, huh? With a normal job and a normal relationship and normal friends and normal beliefs, right?

Me: You question me like there’s something wrong with normalcy.

Him: I have nothing against normalcy. It is what our ancestors fought and died for all those years ago. It is what soldiers are dying in Somalia for. For the right of Kenyans to lead their normal, boring lives. Because that’s what peace involves, you know? Peace is normal. Peace is boring.

Then you have to make sure your normal kids are ready for normally uninteresting school and then they are off. And you have to come to your uber driving job, which forgive me for saying, is pretty boring. If I had to drive around Nairobi for a living, I’d probably turn into a serial killer and follow my passengers home and kill them in their beds just to sweeten my life up. I mean, who’d ever suspect a taxi driver, right?

At night, you drive back home to your wife and you’re both too tired to have an interesting shag so you just grab another shower and collapse in bed like a log. Before you know it, you’re sixty with one foot in the grave. And that’s OK because you have lived an entire lifetime.

CONFESSIONS OF A KENYAN UBER TAXI DRIVER Reviewed by samrack on February 21, 2017 .

Courtesy: Noel Tock CONFESSIONS OF A KENYAN UBER TAXI DRIVER I had just dropped off some young lady at her apartment when the request came through. An unwanted request. I intended to drive straight home after dropping this particular client. Let’s get over with the introductions. My name is Daniel and I am an Uber