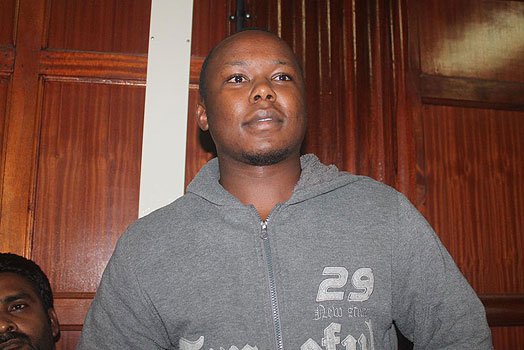 A 28 year-old man suspected to have hacked into the computer systems of the tax man leading to the loss of about Sh4 billion has been charged in court.

He is accused of  committing the offense between March 2015 and March this year.

He is accused of fraudulently causing the loss of Sh3, 985,663,858 from the Kenya Revenue Authority after allegedly interfering with the institution’s computer systems.

The accused was arrested as a result of a multi-agency security operation was conducted within Nairobi after police received information that banks and other institutions were losing cash through suspicious electronic transactions.

Court was told that several electronic gadgets, including mobile phones, computers, hard drives, digital video recorders and servers were seized during the operation and forwarded to the cyber forensic laboratory for analysis.

Prosecution, through lawyers Edward Okello and Kadebe, also told court that a print out of data from seized items would fill two large rooms.

They sought for the suspect to be detained for 40 days and nights because he is a threat to national security. They claimed that data analysed so far indicates that the accused works with suspects outside the country.

The prosecution also claimed that the suspect could abscond trial if released on bond and that he would likely interfere with the forensic analysis.

The suspect has a pending case on a cyber crime related offense.

Defence lawyer Ms Tacey Makori protested against further detension of the accused, saying police had not shown evidence of what has been gathered in the 14 days he has been in custody.

She further claimed that the police have not ruled out the possibility of intruders accessing the seized gadgets.

She also urged the court to consider the penalty for the offense allegedly committed which is a jail term of three years or a maximum fine of Sh 200,000 instead of the value of the monies in the charge he is currently facing.

The court will rule on whether he will be released on bond on March 28.

Share thisFacebookTwitterPinterestEmailWhatsAppAlex Mutunga Mutuku in a Nairobi court on March 21, 2017. PHOTO | PAUL WAWERU COMPUTER GURU CHARGED WITH HACKING KRA SYSTEM, STEALING SH4 BILLION A 28 year-old man suspected to have hacked into the computer systems of the tax man leading to the loss of about Sh4 billion has been charged in court.