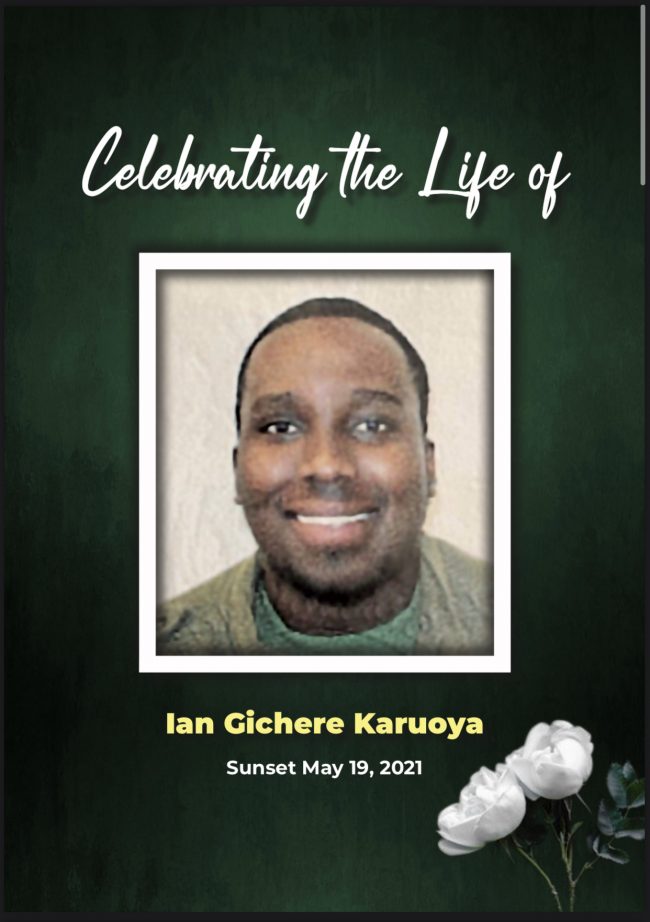 Ian Gichere Karuoya was born on January 13th 1991 at Mombasa Hospital, Kenya. He was the second born child of Humphrey and Lydiah Gichere.

He was a brother to Terry Karuoya and Kenneth Karuoya. Ian was baptized and confirmed at the Tudor Catholic Church in Mombasa.

At the age of six he was confirmed and received his first holy communion.

Ian attended Busy Bee Nursery school, from ages 3-5, and Loreto primary school respectively in Mombasa, Kenya. Ian was a darling to his classmates and enjoyed playing with his friends.

He was awarded first positions in several swimming competitions at Loreto. He was so good at swimming and even rescued two people from drowning at the Reef Hotel and Oceanic Hotel in Kenya respectively.

In 2004, the family moved to the United States of America (U.S.A) where Ian continued with his education. He attended Memorial middle school and thereafter joined Beverly High School where he earned his high school diploma and graduated as an Honor Roll student in 2010.

Ian was active member of the basketball team through all four years of high school and even grew to the position he was the assistant coach.

Ian then proceeded to attend Bunker Hill Community College and completed prerequisites in preparations for a career in medicine. In 2013, he enrolled at the Windsor School of Medicine in the Caribbean.

He completed two and a half years in the program and made the difficult decision to follow his passion and change courses, returning home to the U.S.A.

In 2016, Ian gained entry to the New England Institute of technology in Rhode Island, U.S.A where he was granted full scholarship. He pursued a concentration in Digital Media and Web Design.

He continued to follow his passion for music and even constructed a studio at his home, where he wrote and recorded many albums. Ian visited P. Diddy (a famous recording artist) in the studio in New York several times for mentoring and to improve on his talent. He went on to join the family business as an office manager and grew increasingly well in his role.

He was goal oriented, and organized. He became an invaluable member of the team and was a reliable and dependable colleague.

Not only was he dedicated to developing his skills and further his education. During lunch breaks, he would complete accounting classes online in preparation for a logistic company he founded.

Ian was a kind-hearted, loving, humble and generous man. He leaves behind his parents, siblings, nephew, and friends. He adored his nephew, Zane, and always greeted him in person or on the phone by saying “How are you my maaaan?” and Zane would be very happy and wanted his uncle to keep repeating these endearing words.

Ian is now in Heaven because he gave his life to Jesus and professed him as his personal Savior on February 21st, 2020. He was anointed by our pastor Rev. Kibai that he may one day serve in the works of the Gospel.

Nobody can replace Ian but God’s grace is sufficient and will see us through this difficult time. 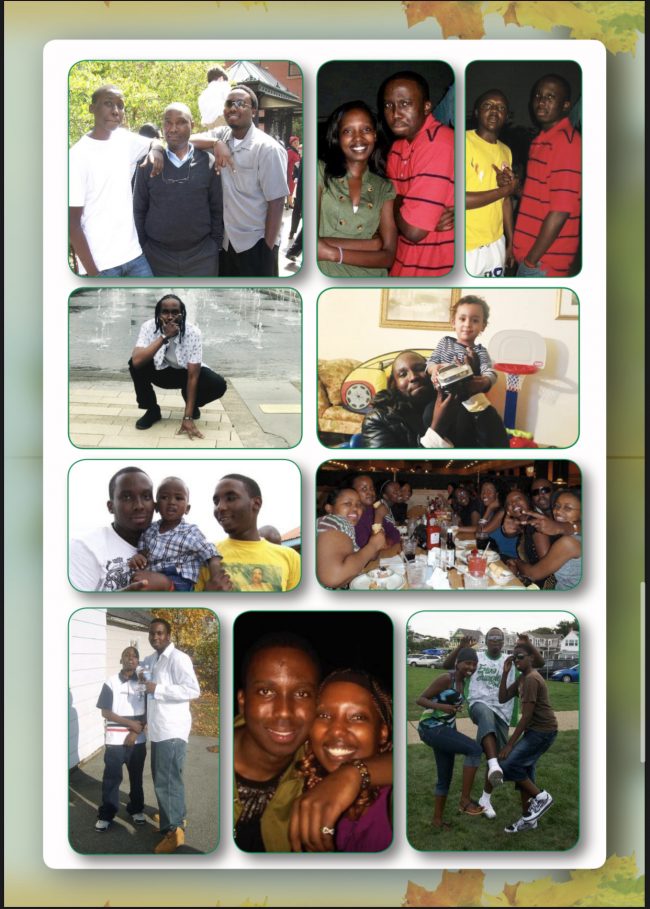 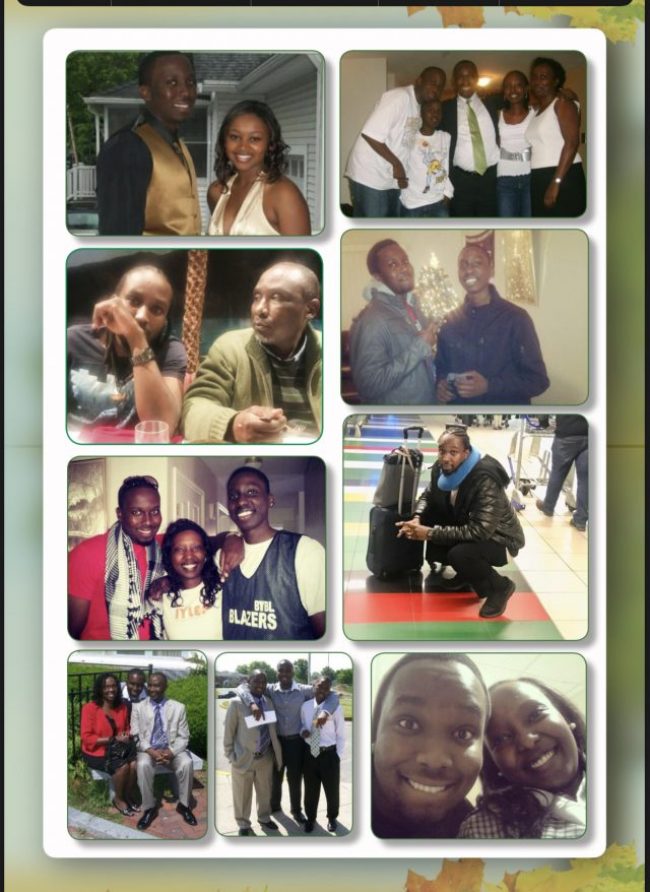 Celebrating the Life of Ian Gichere Karuoya Reviewed by samrack on June 2, 2021 .