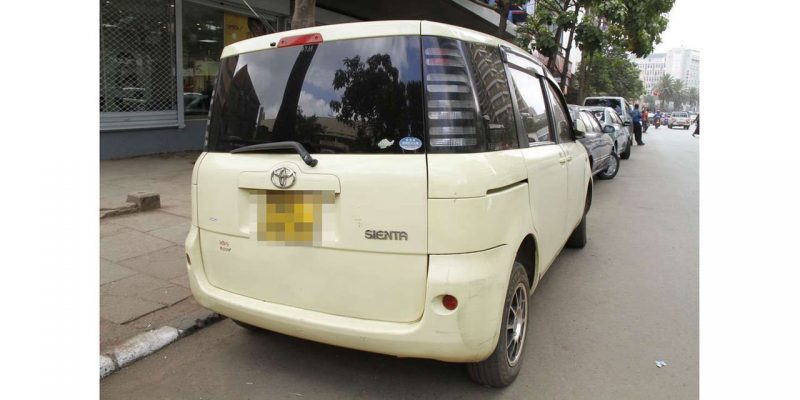 Buyer beware! The sleek car that you saw on that online bazaar may not be on sale – but a ruse to rip you off.

Three buyers fell for this trap, hoodwinked by a smooth-talking ‘salesman’ who promised to help them upgrade their cars, in a saga that ended in tears.

And the victims had thought that because a lawyer was involved in the transaction, this protected their interests as well. However, the manner in which they lost their cash raises questions about his role.

The address was an office block in the city centre, where the sale agreements would be drafted, buyers would part with their cash and the seller would thereafter vanish into thin air without delivering the vehicle.

Since 2018, when one of the cases was reported, the victim is yet to recover his money, with the lawyer claiming he did not know the seller.

This year, however, two more people have fallen prey to the scam and it’s unclear how many more have been conned.

Wanted to upgrade his car

Earlier this year, Mr Kelvin Ngugi, 23, wanted to upgrade his KBX Toyota Sienta and, while scrolling through the internet one evening, he came across a dealer who identified himself as Mr Ronald Bundi on Jiji.ke, the online classifieds website that acquired OLX.

Mr Bundi was willing to trade in Mr Ngugi’s old vehicle and Mr Ngugi, impressed at the convenience of that possibility, began making arrangements for that to happen.

However, before the deal could be closed, Mr Bundi informed him that the trade-in option was no longer viable.

He was left with the sole option of selling his car to buy the one he wanted, a white Toyota Sienta, registration KCQ.

Mr Ngugi hunted for a buyer, sold it and reached out to Mr Bundi for the car he wanted. He was informed the car was still available at a showroom along Kiambu road at Sh600,000.

On February 19, when they were to close the deal, Mr Bundi advised Mr Ngugi to meet him at lawyer Wilberforce Mariaria Nyaboga’s office at Uniafric House, along Koinange Street, for the payment and signing of a sale agreement.

“The lawyer finished drafting the agreement at around 3:45pm and asked me to go withdraw the deposit since the banks were about to close and pay in cash. He advised that the payment be done at his office so that in case of anything, he’d be held liable,” Mr Ngugi recounted.

Mr Ngugi says he did as advised, returned with the money and gave it to the lawyer, who, alongside the seller, started counting it.

When they confirmed the amount, the seller offered to go get the car with Mr Ngugi’s father from a garage in Hurlingham.

Mr Bundi explained the car had been taken to Hurlingham to be fitted with an alarm system to ease its tracking in the event Mr Ngugi failed to remit the balance.

Unbeknown to Mr Ngugi, this was the seller’s trick to get away with his money.

The two stepped out to hop onto motorbike taxis to speed them to the garage, but Mr Bundi sped past Mr Ngugi’s father and disappeared.

“Later Dad called to inform me that they had lost him. We tried reaching Bundi on the phone in vain.  That is how I realised I had been conned,” he said.

Mr Ngugi says he recorded a statement with a Directorate of Criminal Investigations (DCI) officer at Central Police Station but that is yet to bear any fruit.

He says the police have been unable to track down both Mr Bundi and the lawyer, even on the occasions the latter is spotted at his office.
On Thursday, the lawyer denied knowing Ngugi and ever having drafted the agreement.
————

After giving up hope of ever recovering the Sh900,000 she paid for a Toyota RAV4, Ms Florence Awour (36) decided to share her predicament on a Facebook’s parenting group to expose Mr Bundi, who had conned her too.

Ms Awuor had spotted the car at Jiji.ke and involved her brother in making the purchase. She paid Sh1.1 million through the lawyer’s Equity Bank account but never got the car.

Her brother had been assured the car was at a yard along Kiambu road. Her brother and a mechanic had checked out and test-driven the car twice before she paid for it.

Mr Bundi asked to meet her brother at the same lawyer’s office, where the sale agreement was signed but when they went for the car at Tito Motors along Kiambu road, her brother was told by the attendants that Mr Bundi wasn’t known to them.

She conducted a search on the car’s registration and realised her brother had also been given a fake logbook.

After publicising her tribulations, she said the lawyer refunded Sh200,000 and alleged the balance had been wired to the seller.

Yesterday, the lawyer acknowledged he refunded the money but after realising that the deal had gone sour. He admitted to having recorded a statement at Central police station where the matter has been pending under investigation for months.

“I was acting on behalf of the two because they came to me asking for an agreement to seal their deal. I am therefore not to blame. I am also aware that the police have been hunting the seller who I only know as Robert, who is unknown to me,” he said.

The sale agreement however was with Alice Nancy Momanyi.
—-

Henry Munene Muchiri (35) also gave up after a long wait for justice. He said police were unable to help him recover Sh600,000 paid for a Toyota Sienta bought via OLX but was never delivered to him in 2018.

“After expressing my interest, I was taken to a yard on Ngong Road where I saw the vehicle, inspected it and agreed to make a purchase.”

But before the car was released, Mr Munene was asked to accompany the seller to his lawyer’s office in town to sign a sale agreement.

“At some point everything was fine, the car’s logbook and search hinted at no foul play until I was asked to make the payment. Apparently they did not have a bank account so I was requested to pay in cash and I brought the money to the lawyer’s office.”

At some point the seller said he needed to rush downstairs to pick up a laptop for use in the transaction but he never came back.

“The lawyer claimed he didn’t know the seller in person and I reported the matter at Central Police Station under OB number 146/10/7/18 but the investigating officer kept asking for a facilitation fee to speed up investigations. I later gave up and returned to Kirinyaga,” he said.

On Monday, DCI detectives at Central Police Station said the lawyer had already recorded a statement.

Efforts to contact Mr Bundi were futile. His contacts as received from the victims were out of service and others were not being picked.

However, an attempt to send Sh5 to one of Mr Bundi’s contact to get his Mpesa-registered name was successful. The amount was, however, withdrawn from his end as soon as it was received. A text message the Nation sent to this number thereafter requesting his response to the claims by the victims wasn’t responded to.

After placing a call and sending a text message to the lawyer on Tuesday, October 20, requesting his response to the claims by the victims, he called back but declined an interview on phone.

Mr Mariaria told this writer to meet him on Wednesday, October 21, in his office. The meeting was then pushed to Thursday when the lawyer denied claims of acting in collusion with Mr Bundi.

He explained that although he had drafted two agreements in the past for transactions in which the buyers never got the vehicles, he has never been involved in any deal with Mr Bundi.

Mr Mariaria added he could not recall parties to the transactions because he offers legal services to many people.

“People come to me after agreeing to sell and buy cars from each other and all I do is sign the agreement and witness the transaction,” added the lawyer.

Asked whether he was concerned about his office being used to swindle Kenyans money, he responded he cannot stop people from flocking to his office in search of legal services.

“The only mistake I committed was receiving Florence’s money in my account. Otherwise, there are too many criminals in town and cars are being sold every day. The only thing I can do is to be careful next time,” the lawyer said.

Jiji, a subsidiary of Digital Spring Ventures, acquired OLX from five countries in its efforts to become the leading classified marketplace in the world by traffic.

The transactions made through the platform are virtual, which exposes it to abuse but to cushion its clients from theft, the website advises buyers to only make payments for items bought after successful delivery.

“Avoid anything that appears too good to be true, such as unrealistically low prices and promises of quick money,” further reads the disclaimer.

Share thisFacebookTwitterPinterestEmailWhatsAppBeware! Kenyans lose cash in online car deal scam Buyer beware! The sleek car that you saw on that online bazaar may not be on sale – but a ruse to rip you off. Three buyers fell for this trap, hoodwinked by a smooth-talking ‘salesman’ who promised to help them upgrade their cars, in