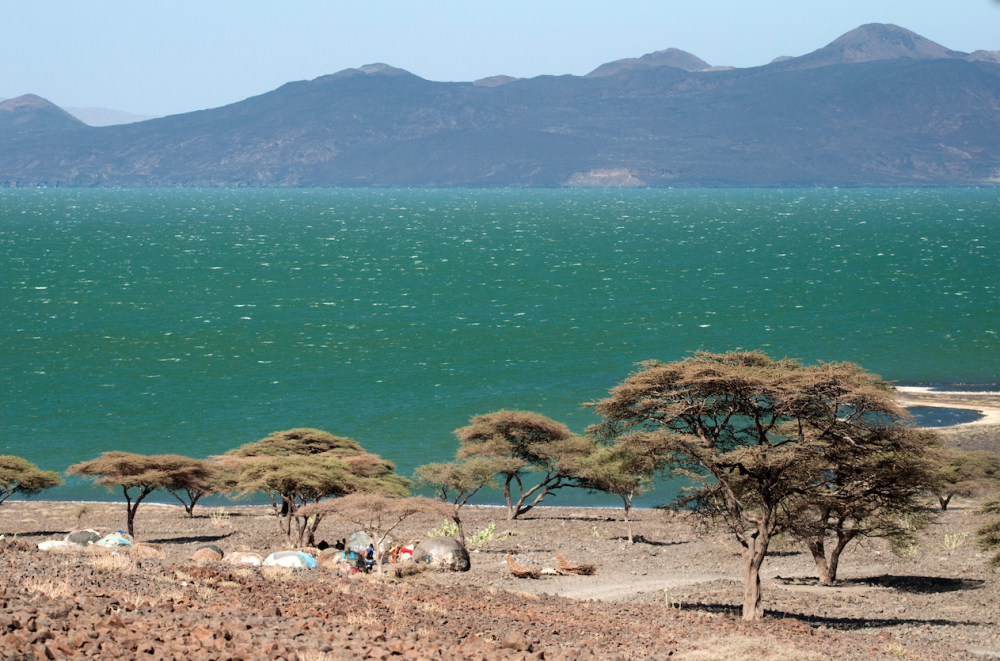 The scorching sun is unrelenting, but the blowing winds are strong and they become even stronger after sunset. The sandy soils do not support much in the way of vegetation. Nothing grows here, except for thorny acacia trees which are few and far between.

In this barren and harsh environment stands the village of Sarima, hemmed in by a wire-mesh fence. It is home to 760 families, cobbled together in traditional dwellings known as manyattas, which are made of twigs and other materials.

Villagers derive their livelihood from livestock – sheep, goats and camels – which are nowhere to be seen in the village because they have been driven several kilometres away to look for pasture.

So, when the project came calling, villagers had great expectations for jobs. However, their hopes have since been dampened, with only a handful of jobs to go round. The feeling of bitterness and resentment is widespread.

“I deferred my studies because I had inadequate fees to continue with them,” says Laments Ekomwa, a 20-year-old former student of South Eastern Kenya University.

Share thisFacebookTwitterPinterestEmailWhatsAppThe Lake Turkana Wind Power (LTWP) project is both the largest single wind power project in Africa and the largest single private investment in Kenya’s history. It is being developed in Marsabit County, 12km east of Lake Turkana – the biggest permanent desert lake in the world – approximately 530km north of Nairobi, the