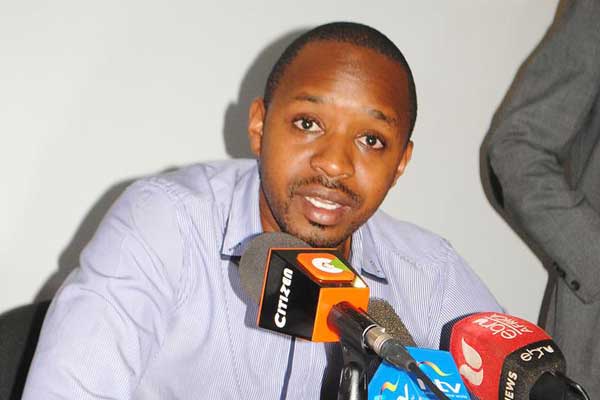 Activist and political aspirant Boniface Mwangi on Friday recorded a statement at the Central Police Station over threats to his life.

Mr Mwangi, who was accompanied to the police station by former Chief Justice Willy Mutunga at about 10am, had earlier this week claimed that some powerful people in the government had plans to harm him and his family.

On Thursday, Mr Mwangi said he had consulted his family’s lawyer and fellow human rights defenders over the threats, which have escalated since he was sued by Deputy President William Ruto last year.

In the post he said: “My life has been haunted by all kinds of threats. Some close friends know about the intimidation that I receive, but I have always been reluctant to go public about them. I did not want to ever be the boy who cried wolf.”

He said in the past five years, he had publicly been accused of many things among them, trying to overthrow the government with the backing of the US government.

“I was neither investigated nor arrested for this alleged treason even after the National Security Advisory Committee made these serious and outlandish allegations. These were blatant lies and cheap attempts at discrediting my patriotism,” he said.

He claimed that he 2014 received credible death threats that led him to write to the president, “and upon delivery of the letter, the threats promptly disappeared.”

“In November 2015, I took part in a protest against insecurity and there were thugs hired to stab me during the peaceful protest in the streets of Nairobi. I reported the matter to the police with images of the goons and video footage of the confessions, but no investigation was ever carried out,” Mr Mwangi said in the post.

He said that he has been living in constant fear and that he could not go out alone at night, only goes out with friends he trusts and he cannot hold a phone conversation freely.

Central OCPD Robinson Thuku said Mr Mwangi had filed a report on the death threats at the station, and that the police had already initiated investigations.

“The matter has been referred to the Directorate of Criminal Investigations, DCI,” he said, and assured that the police were treating the matter with utmost importance.

Share thisFacebookTwitterPinterestEmailWhatsAppActivist Boniface Mwangi records statement over death threats Activist and political aspirant Boniface Mwangi on Friday recorded a statement at the Central Police Station over threats to his life. Mr Mwangi, who was accompanied to the police station by former Chief Justice Willy Mutunga at about 10am, had earlier this week claimed that some