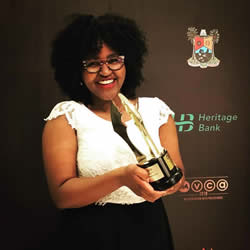 The Kenyan film, 18 HOURS, produced by Phoebe Ruguru and Bill Afwani, and directed by Njue Kevin, won the biggest award in African cinema, the AMVCAs (African Movie Viewers Choice Awards). The film, which follows a rookie paramedic spending 18 hours with a road crash victim, won an award for Best Picture Editing which was received by Mark Maina. The film also won the award for Best East African film. The biggest award of the night also went to 18 HOURS, recognising the film as the Best Overall Movie in Africa, 2018. This category had never seen a Kenyan film be nominated, and so marks history as the first Kenyan film to be nominated and to win the Best Overall Movie category in the history of the AMVCAs.

The producers of the film, working under the company Rocque Pictures, are working on their next feature film, an action-drama. You can keep up with them on their website: www.rocquepictures.net or on social media using the handle: @18hoursfilm. 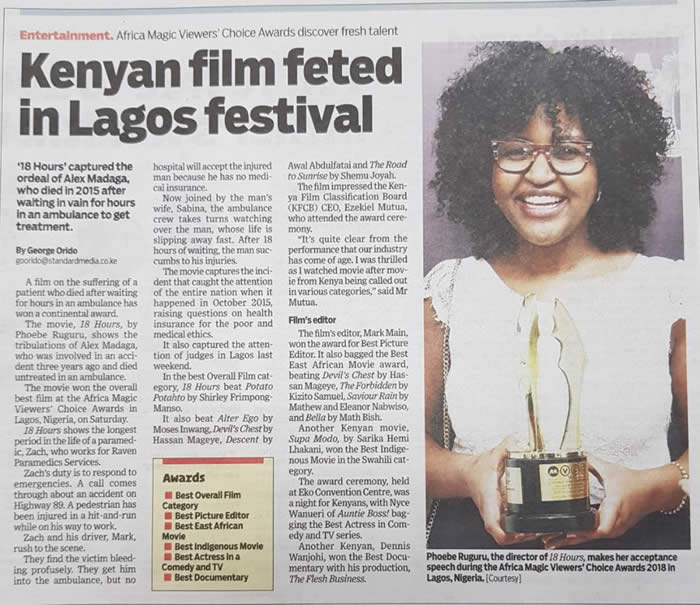