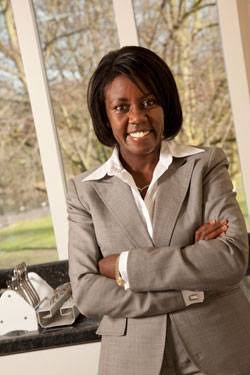 Nairobi’s Beatrice Kiptanui has been struck off the dental register for serious dishonesty and harming patients.

The General Dental Council (GDC) state that findings made against Ms Kiptanui are of the most serious kind, involving serious dishonesty and actual harm to patients.

The General Dental council have deemed it necessary for the protection of the public to erase Beatrice Kiptanui with immediate effect however she continues to practise in Kenya, putting innocent people at risk.

The GDC cites serious dishonesty, as well as a number of other serious and wide-ranging failings relating to Ms Luciola’s (Kiptanui’s) practice including misconduct occurring over a significant period of time, dishonest conduct, as well as serious failings that affected a large number of her patients.

Further, the Committee received no evidence of any insight or remediation from Beatrice Luciola/Kiptanui.

Consequently, it has identified a risk of harm to the public. The GDC state an immediate order has been necessary for the protection of the public.

The GDC found a considerable number of aggravating factors, which are as follows:
• actual harm or risk of harm to a patient or another;
• dishonesty
• premeditated misconduct;
• financial gain by Ms Luciola;
• breach of trust;
• the involvement of a vulnerable patient or other vulnerable individual;
• misconduct sustained or repeated over a period of time;
• blatant or wilful disregard of the role of the GDC and the systems regulating the profession; and
• lack of insight

The Committee found that Ms Luciola/Kiptanui has not shown insight and that there remains a risk of repetition. Furthermore, in the Committee’s view, this is a case where the actions of the registrant have demonstrated personality and professional attitudinal problems.

The GDC state that findings made against Ms Luciola/Kiptanui are of the most serious kind, involving serious dishonesty and actual harm to patients.

Further, there has been no evidence to indicate that Beatrice Kiptanui/Luciola has even acknowledged her wrongdoing and its impact on her patients and the reputation of the dental profession.

Beatrice Luciola/Kiptanui’s case has been widely featured in the media, both in the UK and Kenya (see here). The case has taken 2.5 years to bring to trial and during this time Ms Luciola/Kiptanui/’Dr Beatrice’ has continued to practice in Nairobi, Kenya as an orthodontist (see here), featuring in various articles and on K24 TV (see here).

Beatrice Luciola’s (Kiptanui’s/’Dr Beatrice’s’) UK patients received no compensation for the thousands of pounds she took from each of them, and patients have had to pay for remedial treatment elsewhere.

A Kenyan dental specialist Beatrice Kiptanui who left partners ‘apalled’ is stuck off register Reviewed by samrack on June 5, 2021 .