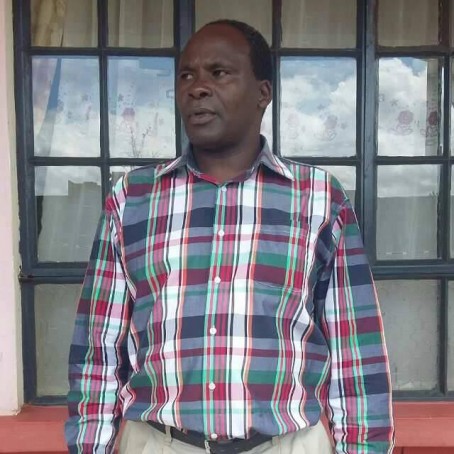 George Karago, 50, was shot as he drove into his home at 8 pm, Ruiru police boss Isaac Thuranira said.

Thuranira said Karago, who is also a pastor with KAG church Banana, died on the spot after a bullet hit him on the left side of his chest, close to the heart.

“The criminals only stole his mobile phone,” he said adding police have opened investigations into the murder.

The body was taken to City Mortuary.

This comes days after a police officer and a gang member were killed in a shoot-out in Dandora area, Nairobi.

The incident follows another on January 12, when a police officer was  shot dead by three armed thugs at Check-Point Shika Adabu, in Mombasa county.

Forwarding this as was received on how mr Karagu met his death :
Dear brothers and sisters,

We spent better part of the day at late Mr Karagu’s home, and late evening.

We pieced first hand info from neighbours and the wife.

Here is what you need to know:-

It all happened yesterday between 8 and 8.20pm

1. The thugs who were armed forced their way to his compound as he went to close the gate and escort the neighbour.

Unawares what they had he resisted their entry as he locked the smaller door of the gate, they shot his hand and he realized they were robbers, he rushed back to the compound to take cover.

The thugs followed him and a struggle ensued as he tried to save his life. One of the thugs cornered him, and shot him at chest.

Four of the thugs(they are evil young men-tuvijana tudogo) entered the house which was still open and followed the wife upstairs. They stole their phones.

The neigbours raised their alarms and the gangs fled on foot.

In the confusion, they could not immediately know where Mr Karagu was…they thought wameenda na yeye.

But they discovered where he lay at the final shoot point and they organised to take him to hospital.

On arrival he was pronounced dead.

The shooting happened when only him and the wife were at home.

Their son came later from campus to find them driving out to the hospital.

His body is at KU FUNERAL HOME.

2. Nothing much has happened today but various groups (churches and nearby relatives began coming.)
The teaching staff of MARY HILL and SENIOR CHIEF came in the evening to condole with the family and had their sessions separately in order of their arrival.
Snr Chief principal and chaplain were with their staff.

***—–
3. The locals and the present friends began the interim committee awaiting the arrival of family members tomorrow. By the time I left at 9.30pm, it was still in progress.

A high school teacher was on Thursday night shot dead by unknown assailants in Gatongora estate, Ruiru. Photo/File Reviewed by samrack on March 4, 2016 .