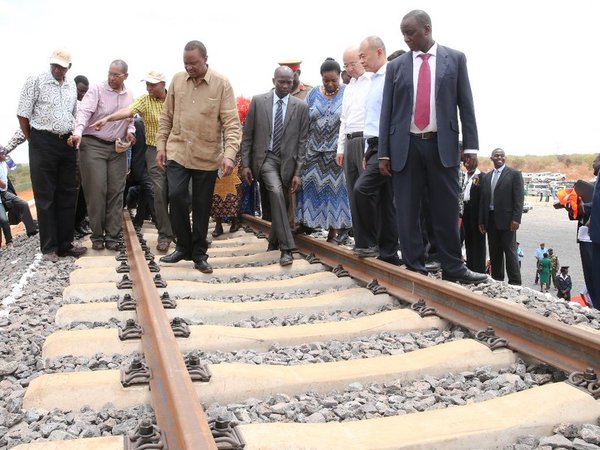 Some 54.4 per cent Kenyans believe the Jubilee government has improved security, infrastructure, healthcare, access to electricity and service delivery.

But the Afrisearch scorecard perception survey found the government performed dismally in the war against corruption.

Those polled said the fact that no prominent Kenyan has been jailed for graft shows lack of commitment in the onslaught against the vice.

“Slightly less than half of those surveyed believe President Uhuru Kenyatta is sincere in his anti-corruption efforts,” said the report.

The survey on the three years of Uhuru’s leadership revealed that most Kenyans – 62 per cent – are satisfied with growth in infrastructure.

This is light of the construction of the Standard Gauge Railway and numerous road projects countrywide, water distribution and the government’s interventions to curb road accidents.

Heightened efforts to ensure 70 per cent nationwide connectivity to the grid through the Last Mile Connectivity Project raised Kenyans’ rating for the Jubilee administration.

“Kenyans feel the decreased power connection fee is a good thing but the process still isn’t smooth since few have benefited due to corruption in the sector,” said Afrisearch public affairs consultant Paul Jaoko.

The findings also indicated a rise in confidence in security apparatus. This was attributed to the procurement of police vehicles, successful counter-terrorism campaigns and increase of security personnel following continuous police recruitment.