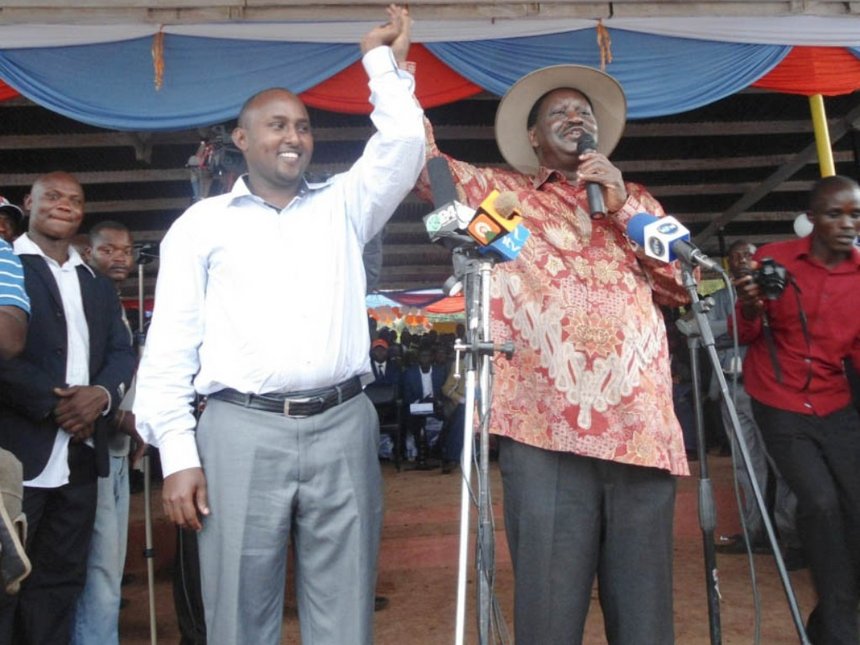 Junet Mohammed has warned that Cord leaders will resort to street protests if the Jubilee coalition wins the 2017 presidential election.

The Suna East MP said the Opposition coalition will not seek a court’s intervention as it has made public its views on the IEBC’s capability to handle the poll.

“Failure by the Jubilee administration to disband it and if President Uhuru Kenyatta and DP William Ruto win the next election…the people in the Opposition will take their anger to the streets,” he said.

“We will not go to court if this IEBC is retained by Jubilee. We will finish each other out there in the open after the results are announced in their favour.”

He issued the remarks on Sunday in the presence of Cord leader Raila Odinga, Wiper’s Kalonzo Musyoka, several senators, MPs, five party governors and one from Jubilee.

The leaders joined Raila and Kalonzo in supporting the quest for the electoral body to be disbanded. They attended a Maasai morans rite of passage ceremony at Empatipat village, Kajiado county.

But chief Philip Nkayiaya said politicians were free to politick without naming their opponents, despite a warning from the Orgilwi age set.

Nkayiaya said the morans he was leading to become young elders of the Maasai community did not subscribe to hate speech.

“We are here to celebrate our rite of passage. We believe in togetherness among our people. You are free to criticise what you think is not right but avoid calling others names or even mentioning them in public,” he said.

Kilifi woman representative Asha Jumwa asked the electorate to vote against Jubilee in 2017 as the people of Kenya are tired of the regime.

“We will not allow our votes to be stolen anymore. Let us stand up and say ‘no’ to an unfair system of governance,” said Jumwa.

Bomet Governor Isaac Rutto reiterated his claim that Jubilee rigged the Kericho Senator by-election that its candidate Aaron Cheruiyot won. Cheruiyot got more than 60 per cent of the votes , trouncing Kanu’s Paul Sang.

“The Jubilee administration used police to rig the by-election. The IEBC and police frustrated our agents and brought translucent ballot boxes – we could not verify what they contained. That by-election was a complete sham,” claimed Ruto.

Raila said Cord will not relax until it sees the IEBC disbanded. Cord leaders marched to the commission’s offices in protests on Monday but police hurled tear gas canisters at them to prevent them from storming in.

Jubilee leaders had dared the Opposition to hold the protests , Ruto saying at the weekend that the electoral body is “going nowhere”.

Share thisFacebookTwitterPinterestEmailWhatsAppSuna East MP Junet Mohammed with Cord leader Raila Odinga during a rally at Migori Stadium, November 10, 2013. Photo/MANUEL ODEN CORD Says it Will ‘Take Anger to the Streets’ if Jubilee Wins 2017 Poll Junet Mohammed has warned that Cord leaders will resort to street protests if the Jubilee coalition wins the 2017