The Massachusetts minimum wage will go up and income tax will go down,The distracted driving bill will go into effect in February,The the paid family and medical leave law will kick in, last but not least,a major vaping restriction takes hold.

The state’s income tax will finally fall to 5 percent, 20 years after voters approved a ballot measure slashing the rate from what was then 5.85 percent.

“Operators driving a car should not be holding a phone to text, check social media or email,” he said. “When a driver on an electronic device hits something or someone, that’s not an accident. It’s a crash that was avoidable.”

Drivers will soon be banned from using any hand-held devices, like cellphones, while behind the wheel.

Gov. Charlie Baker signed the bill into law,bringing Massachusetts in line with the other five New England states with bans in place.

Motorists can still use navigation apps if it takes a single swipe to a device mounted on the windshield, dashboard or center console. 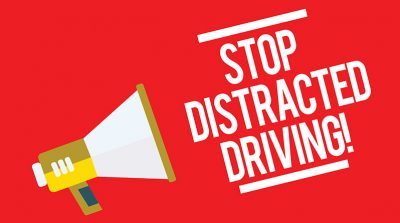 Contributions for October-December will be due in January for the family and medical leave act, though benefits will not be available for residents until 2021. Instead, contributions from employers and self-employed individuals will pay for the previous calendar quarters. READ MORE

A law restricting the sale of flavored tobacco and vaping products will take hold June 1. Under the law, the number of flavored nicotine vaping products will be limited to smoking bars where they must be smoked on-site. There will also be a 75 percent excise tax on cigarettes. The legislation, while not an overall ban, will make Massachusetts the first with such restrictions. It will take hold after a controversial emergency ban from Gov. Charlie Baker that expired in December.

When does this new law take effect?

The ban on flavored vaping products takes effect immediately. The prohibition of flavored tobacco products kicks in on June 1, 2020.

Will nicotine vape products cost more under the new law?

Yes. When passing the law, legislators placed a 75% excise tax on all electronic nicotine delivery systems. Supporters of the law said imposing the tax will price vaping out of the reach of underage users.