Safari Boston Golf Club was set up as a golf networking services organization located in NE  Bringing Golfers together to have fun,  Engage golfers to fundraise and contribute to the society’s wellbeing, to introduce more people to golf, and help ‘grow the game’ within our community. Initially Safari Boston Golf club was established to promote social progress and development by stimulating interest in Golf within the Kenyan diaspora in NE and complement the activities of other social networks within the diaspora community already active in NE. 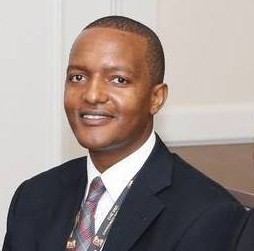 The impetus of the Safari Boston Golf club came from a group of people, originally from Kenya who have made US their home. Kenya is a great developing nation in the Eastern horn of Africa and is a work in progress to make a major mark on the international golf scene. In fact, over the years, the annual Kenya Open golf tournament has been part of the European PGA Tour. The founders of Safari Boston golf club are moved by their love for the game and the potentials for social progress it provides. We’ve now expanded to include members from Haiti, Uganda and fellow American brothers as we strive to stimulate interest in golf and promote spirit of understanding and friendship among members of our entire community.

We’ve done great so far as Safari Boston golf club’s annual championship expands. As the best diaspora golf networking organization in NE, we bring golfers together to have fun & also to engage in fundraising & contributing to the society’s well-being. We want to keep growing & getting involved with charity work helps us to move in the right direction. We probably won’t be able to reach everybody in this world, but we’ll make a difference in people’s’ lives that we touch with our generosity.

We are a club that believes in fundraising, contributing to very worthy causes as a diaspora golfing society making a move in the right direction. Always great when we make a difference in people’s’ lives that we touch with our generosity. At the end, that’s what it’s all about  it’s about reaching out to people and giving back.

It’s not like we have one foot out and one foot in, we are all in on this. In the year 2015,our members, never known to disappoint took a stab at two Charity golf tournaments and contributed to two great causes. We plan to keep on making differences in people’s lives that we touch.

The Safari Boston Golf Club is the premier recreational golf league that brings the pro golf experience to the bogey golfer.

Our goal is to offer a competitive and affordable, tournament-styled golf league to the avid weekend golfer.  A series of tournaments played at different local golf courses allows the players to “tour” just like the pros.

The same tournaments are played year after year and the tour develops a history.  A unique and simple handicapping system allows all players to compete fairly with each other and gives all players an opportunity to win. Over the last three years, Safari Boston golf club has implemented and managed many competitions and tournaments to ensure golfers of all ages, gender, and playing ability have the opportunity to participate, take pleasure, and succeed in the game of golf via commitment to promoting the game at a grass roots and club level. 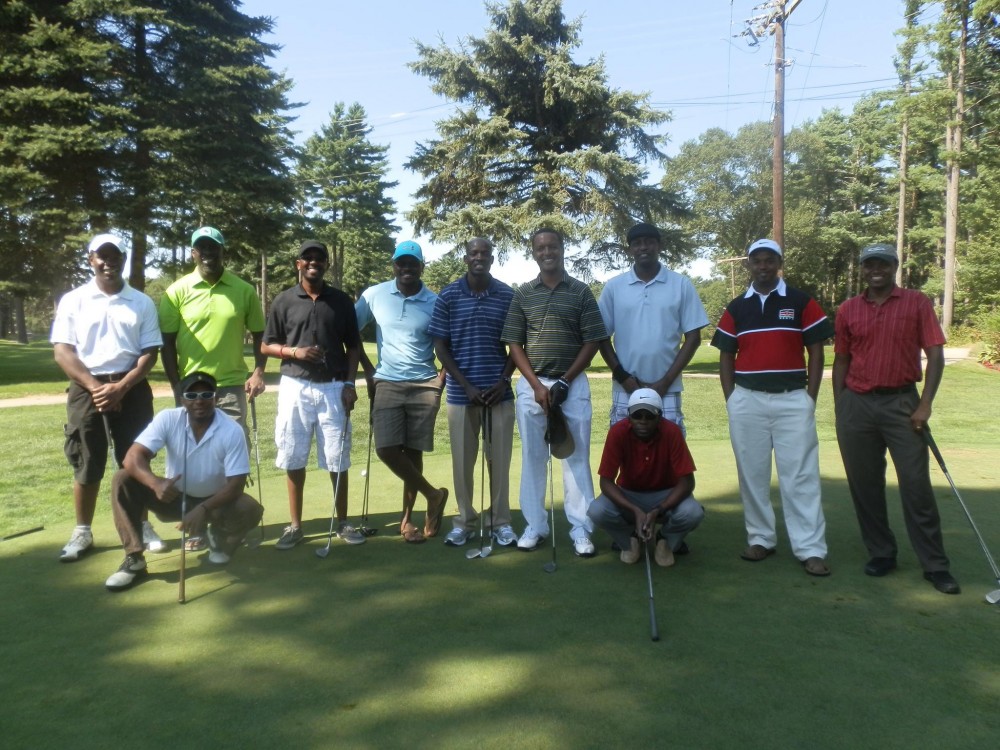 We are a golf league designed for the weekend golfer, both men and women of all abilities, playing throughout the NE greater Boston region. Whether you are a seasoned golfer or a weekend duffer, our league is for you.

Our mission is to provide Men and Women of various abilities the opportunity to play together amid a friendly atmosphere on a monthly basis. Our outings are designed for the average golfer who wants to get out and play golf on a regular basis to improve their game, play in a tournament setting and meet and socialize with other golfers.

As a not-for-profit social organization, the club’s purposes and advantages of membership are outlined in our Mission Statement. Golfers interested in becoming members of the Association will find membership information in our bylaws. Dues are currently $70 for the calendar year April through October and a $20 membership fee for new members respectively. We welcome those golfers interested in carrying on SBGC traditions, and having fun in the process.

What makes this golf league so unique is the quality of its venues, the organization, and the golfing enthusiasts that it attracts. If you have refined tastes, and are looking for reserved tee times at a wide variety of upscale facilities, and enjoy competition, Safari Boston Golf Club is your ticket. Bored of playing the same old course with the same people each week?  SBGC is your Amateur Tour, and each month, you can compete on the next stop on the SBGC Tour. You may start feeling like a kid, once again!!!

Our members only pay for events they choose to enter. You pay as you go, and you can play as many or as few events as you desire. Members can pick and choose which tournaments to play or play them all. The schedule with all the courses, times and costs is be posted for everyone’s convenience.  Safari Boston Golf Club is comprised of avid amateur golfers of a wide range of abilities, and the competition is handicapped by the Golf club.

Monthly winners accrue points by merit during the Regular Season, and when it concludes, the accrued points are part of consideration in the Member of Year award.  Our tournaments are geared to satisfying those who seek competition, but can accommodate laid back weekend warriors.

At the moment the membership is increasing steadily, and we always do our best in making any new members feel welcome. We do pride ourselves as being a warm and a friendly club. Sports have always been a vehicle for social progress and development. The game of golf, which has soared in popularity in recent times, is no exception. Golf displays many of the fine qualities people are respected and admired for. It gives the opportunity to develop and cultivate discipline, respect, drive, determination and uncountable other good qualities.

2016 will be our 4th season of operation with a schedule of 7 tournaments for the year beginning on April 30th 2015 playing every second Saturday throughout the year until the second Saturday of October. These tournaments are held on a variety of courses, from the smaller Executive style to the full size courses in the Boston area. All of the selected courses are player friendly to ensure that players of all abilities will have an enjoyable day. 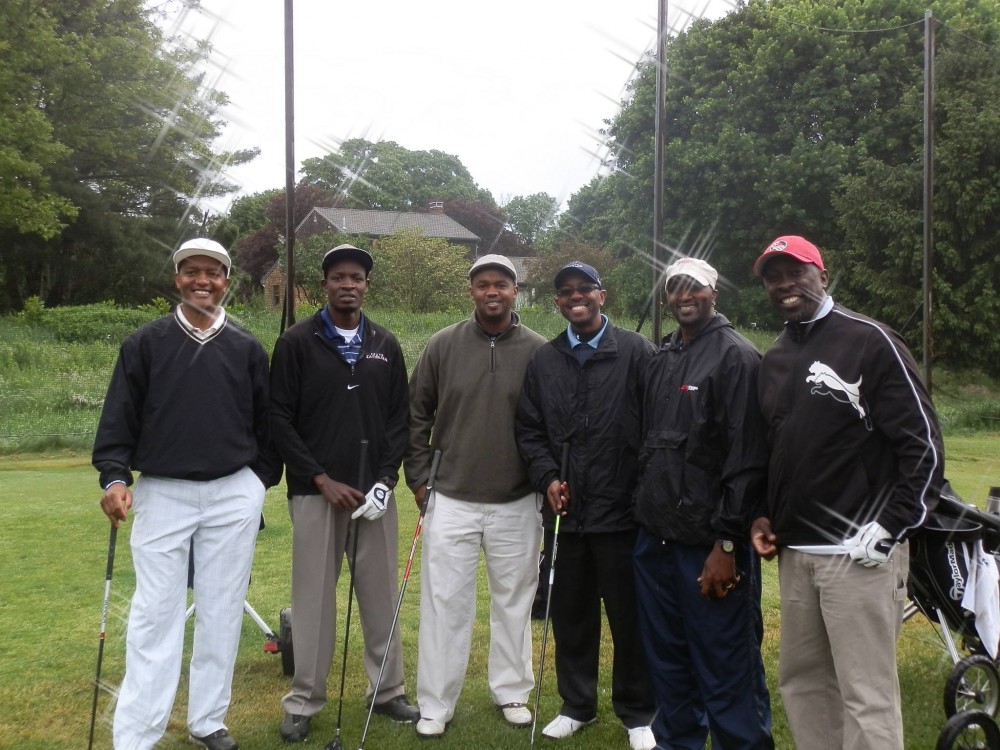 Our goal is to build and improve upon our three year success to make our Golf League one of the premiere golf leagues in NE.

Even though our main objective is to have fun we will throw in a competitive aspect to the Club to make it interesting.

If you are looking for a golf league then join the Safari Boston Golf Club today!

It is never too late to join.  Even if the Tour season hasn’t already begun, one can still join.  Members that join in mid-season get a jump start on establishing their SBGC Tour Handicap Index for next year.

So if you’re tired of the same old golf leagues, or if you’re just ready for a new and exciting golf experience, then now is the time to join Safari Boston Golf Club.  The 2016 season will be the 4th year for the Tour.