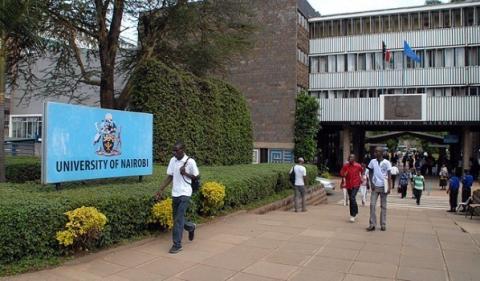 The University of Nairobi has been ranked the fifth best university in Africa. This is two steps from position seven in last year’s ranking, according to Spanish research firm Webometrics. This puts UoN at position 697 globally. Prof Olive Mugenda’s led Kenyatta University was ranked 18, an improvement of 20 steps compared to last year’s 38. Its former position has been taken up by Jomo Kenyatta University of Science and Technology, which was position 44 in the previous ranking. This puts Kenyatta and Jomo Kenyatta universities at position 1,915 and 2,851 globally respectively.

The University of Nairobi has been ranked the fifth best university in Africa Reviewed by samrack on February 2, 2016 .