You have no power to force Uhuru into IEBC dialogue, Raila told 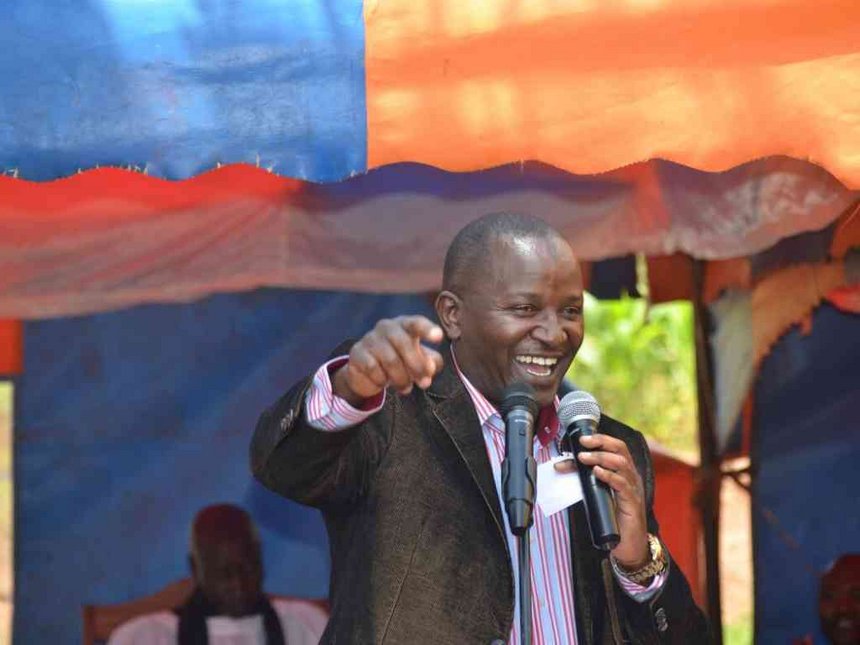 You have no power to force Uhuru into IEBC dialogue, Raila told

Jamleck Kamau has asked Cord leader Raila Odinga not to force the President into dialogue over the removal of IEBC commissioners.

The Kigumo MP said Raila and other Opposition leaders are using wrong channels in their push for reforms in the electoral system.

Raila wants President Uhuru Kenyatta’s Jubilee government to form a five-member team to hold talks on the IEBC with a team representing Cord.

But Kamau said: “Nobody has powers to push the President into accepting their way because he is the head of state and will always do what is right for all Kenyans.”

“The Opposition should and must adhere to the constitution in their push for IEBC reforms.”

Kamau said in Kangare township on Sunday that by holding demonstrations, Cord would be disrespecting the constitution and the presidency.

“Raila should respect the head of state and our constitution by ensuring no protests are held because Kenya is bigger than the Opposition,” he said.

Uhuru and several other leaders have asked Raila, Wiper leader Kalonzo Musyoka and Moses Wetang’ula to follow the law in pushing for their demands.

The Cord co-principals have taken to weekly street protests which they said will not end until their demands are met.

They want Issack Hassan and his team of commissioners out of office for reasons including allegedly colluding with Jubilee to rig elections.

Kigumo said the kind of reforms Raila wants can only be addressed by Parliament, not through rallies and demonstrations.

“Raila should wait for Parliament to resume sittings then have his MPs push for the reforms they want and let Parliament decide. That is why MPs have the legislation role,” he said.

“Parliament is the House that represents all Kenyans. That role cannot be abused because then we lack reason why we voted to have a new constitution in 2010.”

He added that Raila should know this as he championed the adoption of the constitution that year.

Police rejected a notification by Cord to resume their weekly demonstrations on Monday.

Cord leaders had written to police saying they would resume the protests after futile efforts to initiate dialogue with the government over the IEBC impasse.

Police said there is an existing court order banning the coalition from holding protests.

You have no power to force Uhuru into IEBC dialogue, Raila told Reviewed by samrack on June 5, 2016 .

Kigumo MP Jamleck Kamau speaks in Kangare township, June 5, 2016. Photo/WILLIAM MWANGI You have no power to force Uhuru into IEBC dialogue, Raila told Jamleck Kamau has asked Cord leader Raila Odinga not to force the President into dialogue over the removal of IEBC commissioners. The Kigumo MP said Raila and other Opposition leaders