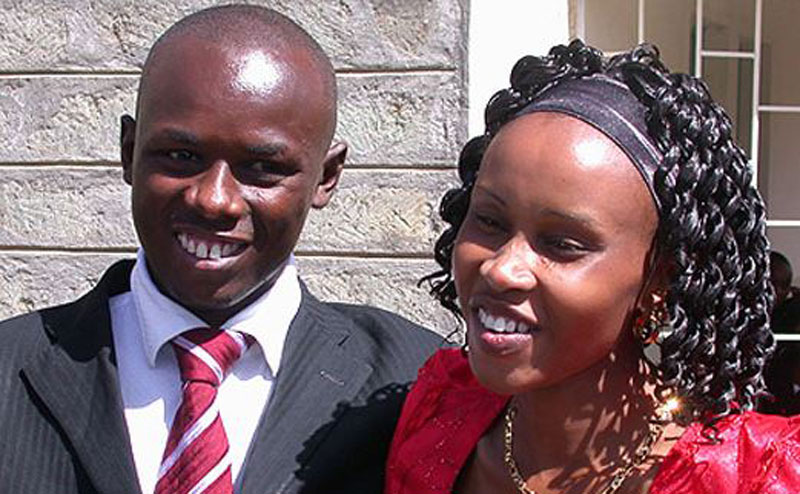 Police Constable P. Ireri who is currently attached to the Nyahururu Police Station has admitted that there was another woman in the late Marathoner Samuel Wanjiru’s bedroom moments before he was rushed to hospital.

Speaking to the team probing the runner’s sudden and mysterious death, Mr Ireri said that when he reacted to the distress call from Wanjiru’s house, he identified a woman standing on the balcony.

Triza Njeri, Samuel Wanjiru’s wife made the call to police, who rushed to the Champion’s house in Muthaiga, Nyahururu.

According to police, they spoke to the woman immediately Wanjiru was transported to hospital. They also spoke to some of his colleagues, marathoners, who had also come to Wanjiru’s compound.

Ireri stated that when he was given the duty to guard the premises by himself, she went and spoke to a woman on the balcony, who apparently wanted to jump to the ground.

The woman was identified by the court as Jane Nduta, a friend of the deceased.

It is said that she went and locked herself in a bedroom until the crime scene officer came, prompting other officers used the watchman’s metal bars to get her out and accompany her to the police station.

The watchman later revealed that before Wanjiru was rushed to hospital, he had arrived at his home in the company of a woman, who was not his wife.

Triza arrived later and according to the watchman, an argument arose as soon as she went upstairs.

Woman found in Samuel Wanjiru’s bedroom moments before his death wanted to jump off balcony Reviewed by samrack on August 23, 2017 .