Nairobi’s middle class is broke and fake, here is why!

Nairobi’s middle class is broke and fake, here is why!

I’m writing this piece from a small shop near Nyamakima in Nairobi. What you would consider as the ‘armpits’ of the city. I’m in a small street known as Tiriki lane where the competing sound of music is deafening, the stench is insane, there are no panoramic views that those who work in high rise buildings enjoy and the heat can as well put Mombasa to shame. You don’t feel safe walking these sides because it has a demeanour of a war zone. This part of the city excellently summarise the immediate ramifications of a failed leadership. Nobody really cares about infrastructure or urban planning here yet money flows. From the cars parked, to the stories I’ve heard of the crazy amounts made in Luthuli avenue side of Nairobi, I question the lie I’ve believed for a long time; that education is the key. That knowledge is power. While I don’t entirely dispute that knowledge is power, book knowledge that is not translated to tangible wealth is not only weak but cheap. This side of Nairobi is so dirty you can converse with a mischief of rats in open daylight unperturbed, and deliver a solid lecture to a swarm of flies. It represents how the city is suffocating under the vile cloud of betrayal and broken promises by the city bosses. Yet the difference between those who work on the ‘wrong side’ of Nairobi and those who work on the ‘safe’ side of the city is as clear as day and night. 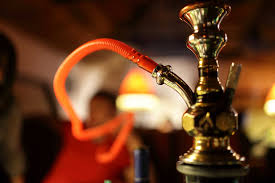 Allow me to use the term middle class loosely to represent the urban, ‘sophisticated’, Twitter-obsessed, ‘filters’ driven, shisha loving, Brew Bistro addict, the online opinionated etc category of Nairobians of which I’m one.

I will not adhere to the Kenya National Bureau of Statistics (KNBS) classification of the middle-class households as those that spend between Sh24,000 and Sh120,000 per month. The business people in Grogan, Nyamakima, Luthuli street etc might not wear expensive perfumes and they are certainly not concerned with designer brands though they would afford them comfortably. Many of them do not have the polished English that we brag about as the ‘middle class.’ They certainly don’t care about snapchat, Instagram, periscope etc. They have got no degrees in ‘sophistication’ that many of us wear as badges of honour neither do they attend high-end events like the Koroga festival and blankets and wine. Their palate is not refined, at least in the eyes of those who dwell on the ‘safe side’ of Moi Avenue. These people might not have designer clothes or fancy shoes, neither do they spend excess money on how they look but these people are financially stable. These people don’t care about the vanities of life that consume a section of Kenya’s middle class. They don’t give a cent about the number of followers they have on Instagram. What moves them is the amount of money that hits their bank and mobile accounts every day. These people work hard. They do the ‘dirty’ jobs of selling items like cement, electronics, machines, timber, cereals, fabrics and the work that the ordinary middle class would frown upon and find uncool but they are able to provide the best education and living standards for their children. Many of them are not moved by fancy phones and WiFi. They can perfectly survive in an isolated island because the streets have toughened them up. Even if there was a meteor that wiped off man’s civilisation and we were taken back to the stone age, these are the people who would survive because the ‘socialites’ skills we have acquired might not be relevant in a stone age society. Because the tragedy of the middle class is a lie is that we belong. That we matter. So we go to desperate lengths to pull and maintain that image. We look for classy neighbourhoods to live in, even if the houses are one bedroom or studio apartments and we bleed money to keep up. We live from hand to mouth with inadequate savings in case of an emergency. Like a white washed tomb, regardless of how much we bleach, the only thing that reminds us that we are chasing vanity is the void that is in our hearts. The chase of this life that we badly want but seems to be running away from us wears our soul out. We scramble for events like golf and we listen to bourgeoisie radio stations like East FM, Capital FM among others in a desperate bid to belong. We master in vain, accents that are seen to be appropriate and ‘cool’ in a hopeless bid to gain the badge of belonging. The few times that we get to visit fancy resorts and restaurants, we ensure that we milk Instagram value out of it to the maximum. Because there is an urge to show the world that we have finally ‘made it.’ Yet the people who have truly made it don’t announce. In fact, true wealth is usually quiet. We splash timelines with our latest gadgets having subscribed to the doctrine of fake ‘it till you make it.’ Once in a while, we drown our sorrows in expensive alcohol and drive cars that have been bought through a bank loan. We are obsessed with road trips and out of town excursions that we must save for excruciatingly lest we fail to pay rent. Many of us live beyond our means and when the mid-month knocks and the salaries have dried faster than Kambaland riverbeds, you can have a safari rally on our roads. The middle class might not be as wealthy as has been assumed before. Out of the country’s GDP, we only save a paltry 5 percent yet real wealth is determined by what we put aside for future generations and for a rainy day. Because a majority of the middle class depend on salaries as their only source of income. We owe our lives to our employers. We can’t afford to speak up however terrible the terms of the contract are lest we are shown the door. We coil our tails between our legs like a humiliated dog and work while deep within we feel like we are selling ourselves short. We are like fish forced to fly and we have perfected the act though we suffocate and a piece of us die daily. Hebu try and ask a middle-class person for an amount of 200k cash for an emergency and see a majority of them collapse instantly to meet their great grandparents. Get me right, I’m not advocating for people to quit their jobs and move to Nyamakima. All I’m saying is that we must be bold enough to unlearn the lies that have been pumped in our minds. We must also calibrate our attitudes and be willing to learn from those who don’t necessarily do the jobs we find fancy. Yet we could just switch and work hard. Save harder. Learn the art of scheduling pleasure and pain; having temporary pain but joy forever as the reward for discipline. I pray that we would not seek as much to belong to a social class and squander chances at making real wealth. A toast to every middle-class person who is working harder than a colony of bees. These people who have start-ups and employ Kenyans are the real heroes. These people who don’t mind going through the trenches to make money are the real MVPs. A toast to techies, hustlers, artists and everyone else who is genuinely working hard to change their narratives and provide for their families. You are the hope of this country. (The writer is a political and social commentator. Follow him on twitter @dannishodongo)

Read more at CapitalFM:: Nairobi’s middle class is broke and fake, here is why! Source:http://www.capitalfm.co.ke/