Want to be President? Marry a teacher, women behind Kenya’s most powerful men

Want to be President? Marry a teacher, women behind Kenya’s most powerful men

What does it take to be a president in Kenya? Well for starters, marry a teacher!This is a trait that three of the most powerful women in Kenya share today.

The three, First Lady Margaret Wanjiru Kenyatta, Rachel Chebet Ruto and Ida Betty Anyango Odinga are all qualified graduate teachers! Throw in the late Lucy Kibaki and you have a winning team.

Despite teaching in various parts of the country, some have however had to contend with puting their careers on hold as the political lives of their husbands took centre stage. 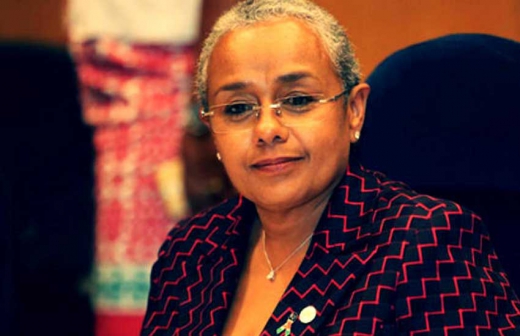 The First Lady, wife to the 4th president of Kenya, Uhuru Kenyatta, was born in 1964.

She went to the prestigious St Andrews School in Molo, where she met her husband.

Margaret later enrolled as an undergraduate student at Kenyatta University for a degree in Education.

The First Lady is regarded as a very instrumental pillar in Kenyatta’s presidency and her resolve to reduce the child and mother mortality through the Beyond Zero campaign has earned her accolades worldwide.

Rachel, the wife of the Deputy president William Ruto, was born in 1968 in Lukuyani, Kakamega County.

She attended Butere Girls High School then proceeded to Kenyatta University for a degree in education.

She however chose to be a stay at home mom after getting married to Deputy President William Ruto soon after graduation.

Ida Odinga, wife to the enigma of Kenyan politics Raila Odinga was born in in 1950.

She earned her Bachelor of Arts from the University of Nairobi in 1974.It was here that he met Odinga who was then teaching at the department of Engineering.

She taught for over 20 years before being hounded out of Kenya High School after Odinga was detained.

The incarceration of her husband brought a halt to her teaching career as she concentrated more in raising her family while Odinga was in detention.