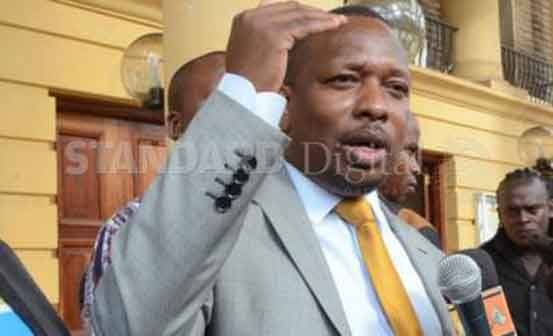 Nairobi Governor Mike Sonko on Wednesday led an operation at the county cash office discovering unbanked Sh7 million. The governor said the raid was after a tip-off

“It is completely unacceptable that yesterday’s (Tuesday) collections in excess of Sh7 million in cash was lying with the cashiers by 11:00am yet the County’s Bank is only 50 metres away,” wondered the governor. “Surprisingly, all cheques collected yesterday (Tuesday) had been banked,” he noted. The governor who has declared war on cartels said under his watch, City Hall will cease from being anyone’s cash cow. “We shall streamline revenue collection and management in line with the Public Finance Management Act and to guarantee efficient and timely services delivery to all residents.” During swearing-in ceremony on Monday, the new governor promised to deal with cartels that have denied the city revenue to finance most of its operations. He said his administration will seal all loopholes to suffocate cartels stealing county revenue, and that traders will no longer suffer under people mandated to protect them.
Source: https://www.standardmedia.co.ke/