US pulls out of UN cultural body, citing ‘anti-Israel’ bias 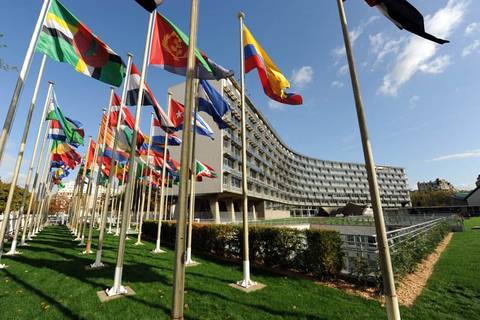 US pulls out of UN cultural body, citing ‘anti-Israel’ bias

United States said Thursday that it was pulling out of the UN’s culture and education body, accusing it of “anti-Israel bias” in a move criticised by the head of the Paris-based organisation.

Following years of tension at Unesco, which is in the process of electing a new director-general, US State Department spokeswoman Heather Nauert announced that Washington planned to withdraw.

“This decision was not taken lightly, and reflects US concerns with mounting arrears at Unesco, the need for fundamental reform in the organisation, and continuing anti-Israel bias at UNESCO,” she said in a statement.

The United States — one of the body’s founding members — has withdrawn once before under president Ronald Reagan, who quit in 1984 over alleged financial mismanagement and anti-US bias in some of its policies.

President George W. Bush announced America’s return in 2002, but relations soured again in 2011 when Washington pulled the plug on funding to the body after its members voted to admit Palestine as a full member.

Washington opposes any move by UN bodies to recognise the Palestinians as a state, believing that this must await a negotiated Middle East peace deal.

But President Donald Trump’s administration is also reviewing many of its multilateral commitments, pursuing what he calls an “America First” policy.

The head of Unesco, Irina Bokova, voiced “profound regret” over the decision, calling it a “loss to multilateralism”.

“At the time when conflicts continue to tear apart societies across the world, it is deeply regrettable for the United States to withdraw from the United Nations agency promoting education for peace and protecting culture under attack,” she said.

In a statement, Bokova said that “despite the withholding of funding, since 2011, we have deepened the partnership between the United States and Unesco, which has never been so meaningful.”

UNESCO, which is best known for producing the list of World Heritage sites that includes the Grand Canyon and other US attractions, has been the scene of diplomatic flare-ups in recent years after Arab countries succeeded in passing a number of resolutions critical of Israel.

In May this year, Israel was infuriated by a resolution identifying Israel as “the occupying power” in the divided of city of Jerusalem and calling on it to rescind any move changing the city’s “character and status”.

The text denounced “all legislative and administrative measures and actions taken by Israel, the occupying power, which have altered or purport to alter the character and status of the Holy City of Jerusalem.”

In July, the agency again delighted Palestinians when it declared the Old City of Hebron in the occupied West Bank an endangered World Heritage site.

The agency’s board members are set to vote this week to elect a new director-general, with candidates from Qatar, France and Egypt in a three-way race for the position.

US pulls out of UN cultural body, citing ‘anti-Israel’ bias Reviewed by samrack on October 12, 2017 .

© UNESCO/Michel Ravassard Outside view of UNESCO’s newly-renovated headquarters with flags US pulls out of UN cultural body, citing ‘anti-Israel’ bias United States said Thursday that it was pulling out of the UN’s culture and education body, accusing it of “anti-Israel bias” in a move criticised by the head of the Paris-based organisation. Following years