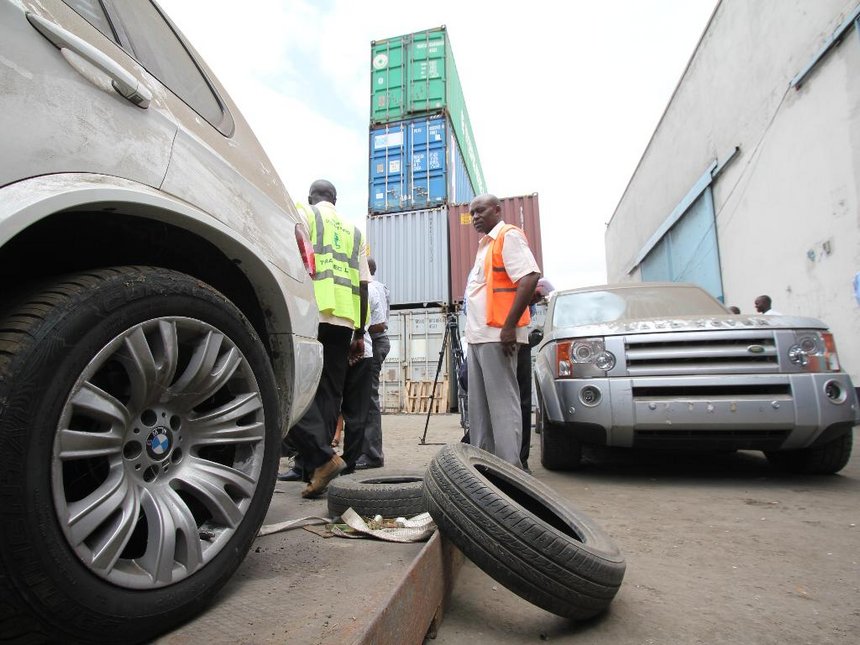 Some of the stolen state of the art vehicles at the Port of Mombasa./FILE

The United Kingdom and Kenya have set up a joint team to probe rampant cases of smuggling of vehicles through the Port of Mombasa.

British high commission office in Nairobi yesterday confirmed the impromptu visit by UK minister, saying it was aimed at combating the cartels in Europe and East Africa.

“The minister saw the work being done at the port to combat the illegal trade. The UK National Crime Agency is working closely with the Kenyan authorities,” said head of communications Stephen Burns.

He added that they are working with Interpol, and other regional partners to identify, detain and repatriate stolen vehicles to the UK.

“Persons buying high value vehicles are strongly advised to check the provenance of the vehicle and the seller. If you buy a stolen vehicle, even in good faith, you do not own it. Your legal claim is against the person who sold it to you,” reads the statement.

The UK believes cartels involved in money laundering and drug cartels in Europe could be behind the syndicate. The vehicles arer stolen out of UK to Uganda, South Sudan and Gulf countries, leading markets for luxury right-hand-drive cars. The cars include Range Rovers, BMWs, Jaguars, Mercedes Benzes and Toyota Land cruisers.

Share thisFacebookTwitterPinterestEmailWhatsAppSome of the stolen state of the art vehicles at the Port of Mombasa./FILE UK, Kenya in deal to nab car smuggling cartels The United Kingdom and Kenya have set up a joint team to probe rampant cases of smuggling of vehicles through the Port of Mombasa. UK security minister Ben Wallace last week