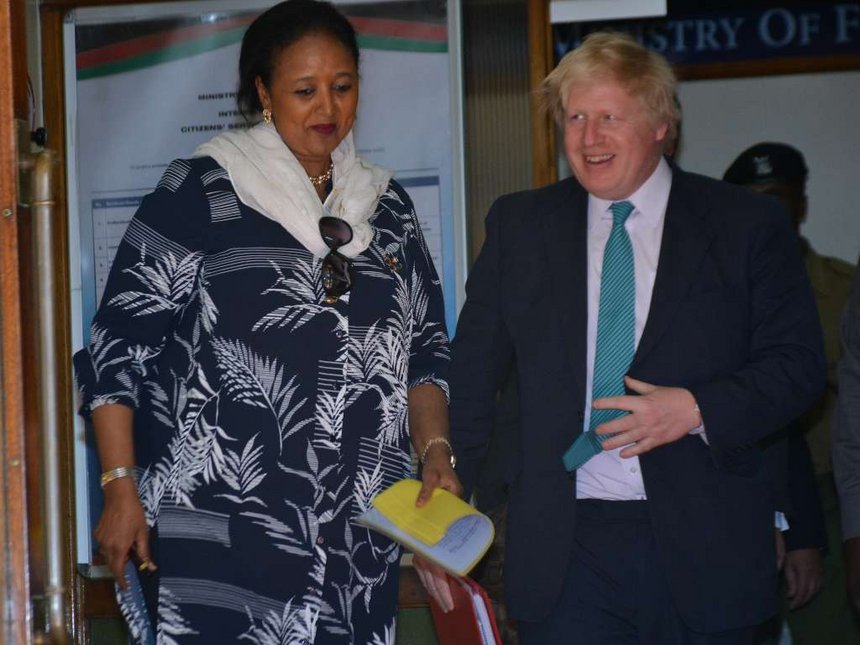 Britain will donate more than Sh500 million to complement Kenya’s efforts towards mitigating the effects of the current drought, Foreign Secretary Boris Johnson has said.

Johnson said at a press conference in Nairobi yesterday that the UK is ready to support Kenya in dealing with the situation. “The UK will give out 4 million pounds (Sh509 million) to aid malnourished children as well as tackle drought effects,” he said.

The British minister said he is happy with the progress made on the same, further praising the declaration of drought as a national disaster. The government made the declaration on February 10, citing drought in more than 23 counties — most of which are in arid and semi-arid areas.

President Uhuru Kenyatta urged local and international agencies to support the affected Kenyans. Johnson, while reminiscing his childhood days in Kenya, said the country has changed immensely over the years.

“I first came to Kenya when I was 12 years old. I watched President Jomo Kenyatta making a speech to a crowd of people,” he said.

“More tourists need to visit Kenya. The change and progress in Kenya is very moving,” the Foreign Secretary said. Johnson, citing that 65 per cent of coffee drunk in London comes from Kenya, said the UK has an opportunity to open up trade.

Armed cattle herders, in search of scarce pasture, have driven tens of thousands of cattle into private farms and ranches.

The tour comes days after a British army veteran Tristan Voorspuy was killed on March 5 while inspecting his lodges.

Voorspuy’s body was left at the scene for more than 24 hours because the search party was concerned they would be attacked.