Uganda to get security cameras after police death

Uganda to get security cameras after police death

Uganda’s President Yoweri Museveni has ordered the installation of surveillance cameras in major towns to reassure the nation about public safety.

The measure was introduced after the killing of the country’s third highest ranking police officer. 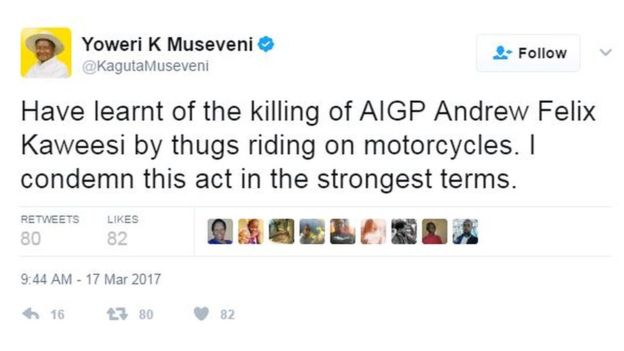 Assistant Inspector General Andrew Felix Kaweesi was killed when his car was attacked by gunmen on motorbikes.

The president posted a tweet strongly condemning the murder. 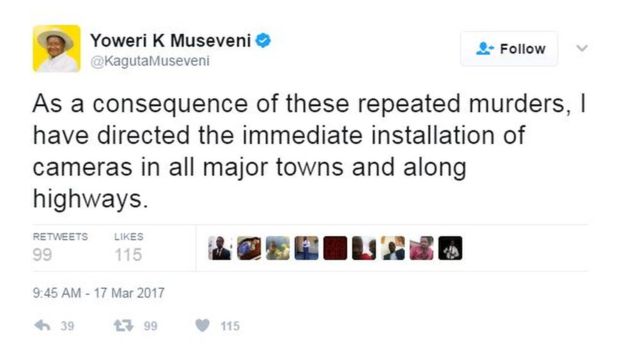 The president also took to Twitter to announce the immediate installation of security cameras in major towns and along major highways.

No further details have been made public.

In another post he reassured the country that public security would be guarded at all costs.READ MORE