Uhuru, Raila Invited to the US to Speak About their Handshake

Uhuru, Raila Invited to the US to Speak About theirHandshake

President Kenyatta and ODM leader Raila Odinga are set to travel to the United States in February to deliver a talk about their historic March 9th, 2018 handshake.

This was announced on Saturday by Odinga during a Building Bridges Initiative (BBI) public consultative meeting at Bukhungu Stadium in Kakamega. Odinga noted that he had been invited to Washington DC alongside Uhuru for two days to give speeches about the handshake. 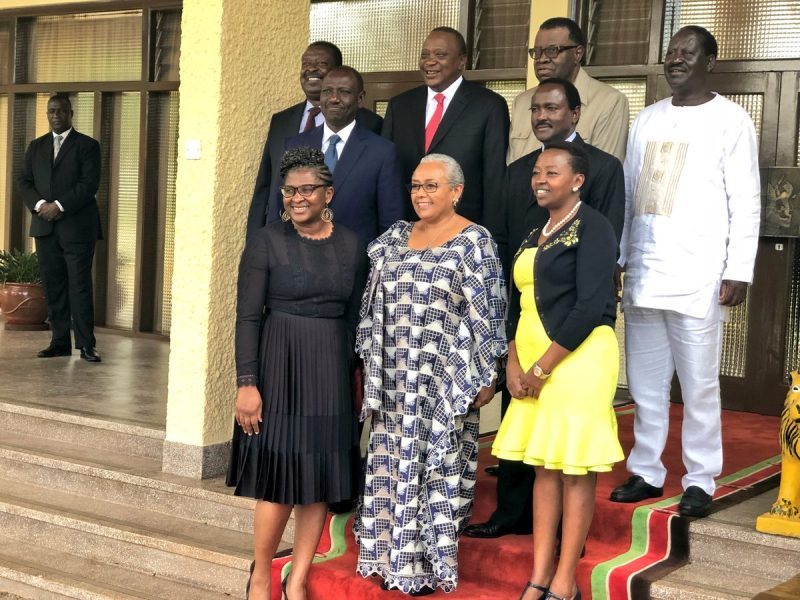 “The president and I have been invited to Washington DC for a prayer breakfast to discuss merits of the handshake, they say it is unique and has only been seen in Kenya. The handshake is a unique thing and other people want to hear more about it,” said Odinga.

At the same time, Odinga stressed that the handshake had nothing to do with 2022 succession politics but its main aim is to transform the country.

“BBI is not about Raila or Uhuru Kenyatta. It’s about Kenya. What we are doing is for the posterity of the country. We must move Kenyans from poverty to posterity,” said Odinga,

He added: “2022 is an event that will come and go but we must get a lasting solution to the challenges afflicting Kenyans.”

Tags: Raila Invited to the US to Speak About their HandshakeUhuru
Previous Post