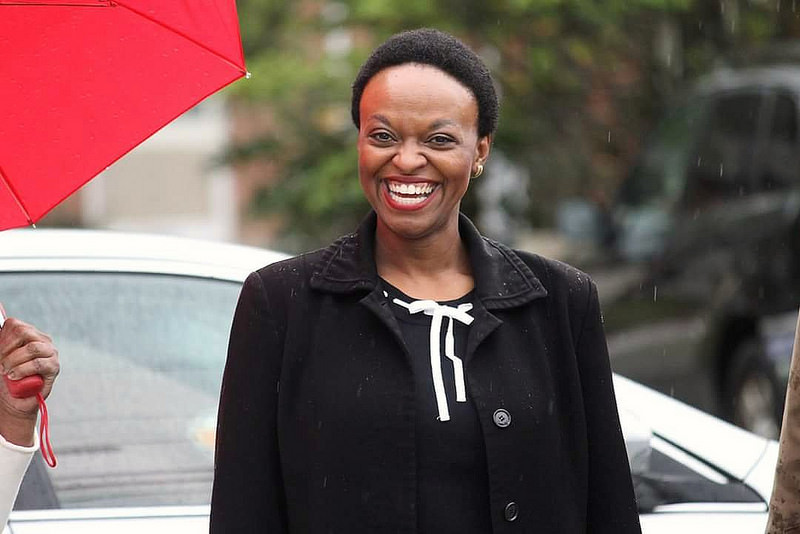 Nabulime, who is originally from Uganda, becomes the first African-American to win a city council seat in Waltham. She works as a home health care aide.

As a first-time candidate, she ran a professional campaign, doing all the work required to win.

We spotted Nabulime around 9:00 a.m. on election day at one of the polling stations. Throughout the day, her volunteers stood in the rain holding signs at strategic locations.

The seat became vacant after longtime councilor Bob Waddick stepped down earlier this year to seek the city clerk’s job.

Five candidates faced off in an August preliminary election. Nabulime convincingly won that election, which narrowed the field down to two.

Congratulations to all who ran.

Sharline Nabulime Ugandan Immigrant  becomes the first African-American to win a city council seat in Waltham,Massachusetts Sharline Nabulime beat Sean Durkee to win a rainy Ward 6 special election Tuesday. She earned 384 votes (or 56% of the vote) while Durkee earned 299. Nabulime, who is originally from Uganda, becomes the first African-American to win